HAB students were invited to take part in a whole school competition to celebrate the European Day of Languages in September, which celebrates linguistic and cultural diversity in Europe.

Students had to complete a quiz looking for facts around the school. They learnt that 43% of world’s languages are endangered and that Russian, German, French, English and Turkish are the five mother tongues the most spoken in Europe!

Each year group had one winner, except Year 9 who had two. Congratulations to all the winners!

Girls take part in the European Day of Languages competition by looking for facts about languages around the school. 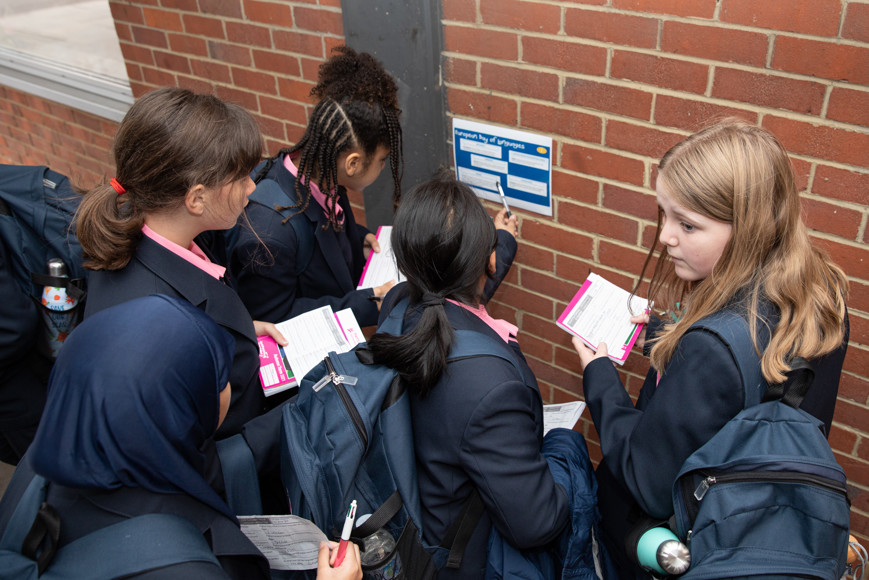 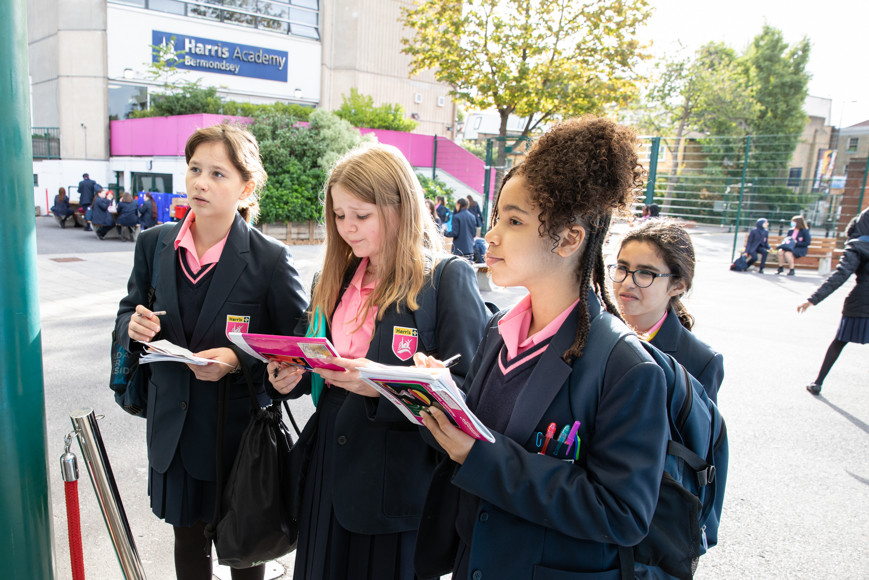 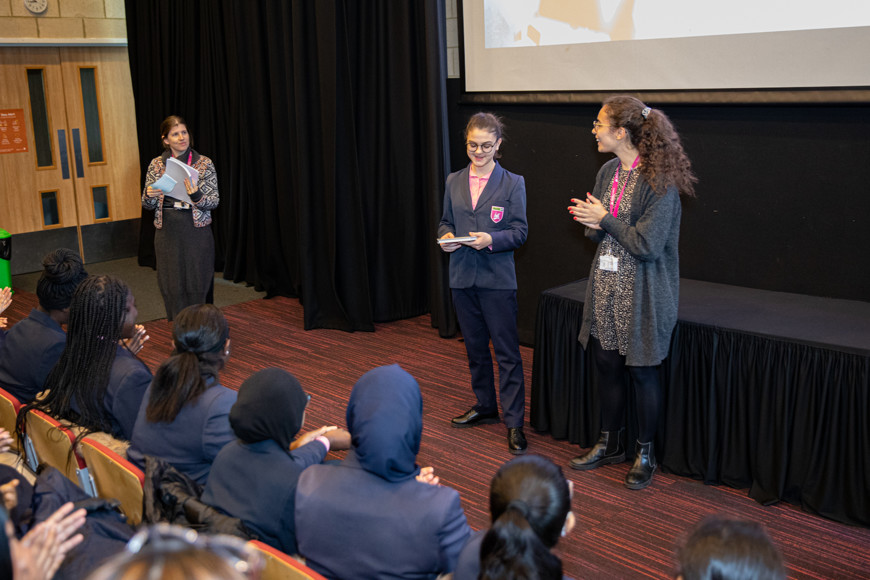 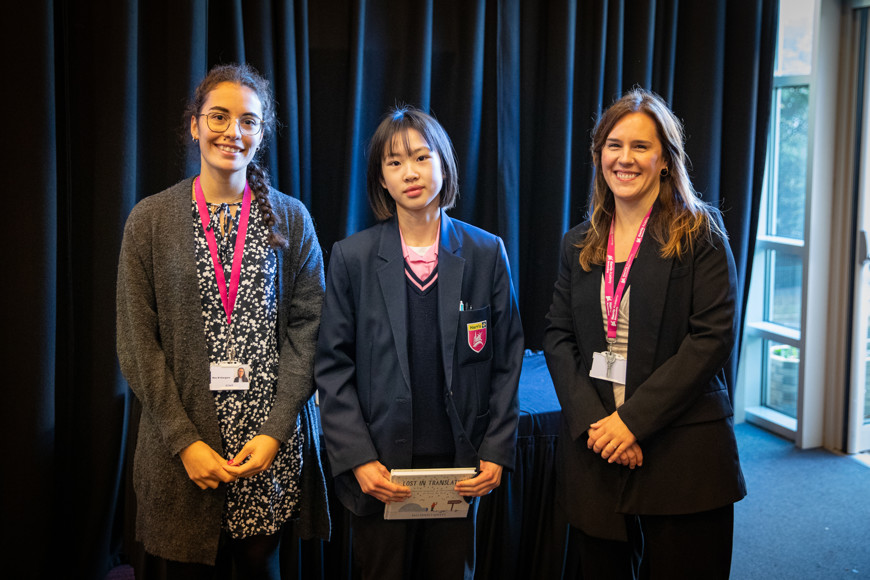