Ashleen, Year 10, reports on our recent trip to Shakespeare's Globe to see a performance of A Midsummer Night's Dream.

On Thursday 30th September, 30 students went on a life-altering trip with their Drama teacher, Ms Harvey. The group was anointed with free tickets to The Globe Theatre to see A Midsummer Night’s Dream by William Shakespeare. 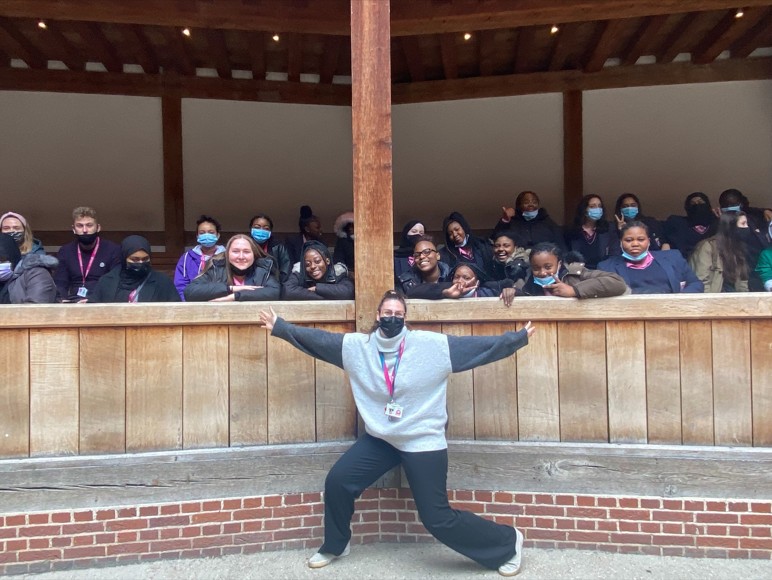 The play focuses on the power of the imagination and its ability to overcome all. Themes of redemption, love and forgiveness are also central to the play.

A Midsummer Night’s Dream begins with Egeus asking Duke Theseus to uphold a law that says fathers may choose their daughters’ husbands. Egeus chooses Demetrius to marry his daughter Hermia but Hermia’s heart belongs to another.

Even though some of the old English language was confusing, students described their trip to The Globe as a great experience! Everyone was very thankful to their teacher, Ms Harvey, who explained the plot to them.

Overall the drama students enjoyed the new experience but agreed that they needed some more time to get used to the Shakespearean language.

“Their acting was great!” said one of the drama students who was mesmerised by how talented the actors were (excluding the disappointment upon seeing one of the actors holding a script!).

During the trip, Ms Harvey complimented the students on how well they behaved as she was utterly impressed. “Visiting the historic open air Globe Theatre for our first Drama trip following the pandemic was absolutely brilliant," she said. "The production's set, costume and musical elements were a refreshing take on the much loved 'A Midsummer Night's Dream'. Year 10 Drama represented the school excellently throughout and lots of laughs were had!”..

Personally, I would love to go back to The Globe. One of the plays I am eager to watch at The Globe is Romeo and Juliet because I know the story line. Therefore, when the actors speak in Shakespearean language,  I will understand what they are saying!