A massive THANK YOU to all our students, parents and staff for your support over the past few difficult months. We hope you all have a great summer and really look foward to seeing you all again in Sept! 🙂 #ProudToBeHAB

Watch the HAB Band perform 'Valerie' for our Class of 2020 Year 11 Leavers! https://t.co/GGcfLcJLiO

"Be Brave, Be Bold, Be Curious." Here's a special video message to our Class of 2020 Year 11 leavers from your teachers! https://t.co/1ahbQM1mbE

Tara in Year 7 has made these lovely dolls in our academy colours to be our lockdown mascots. We’re naming them Dollinkas, or little dolls. Thanks Tara! We think they are really sweet :-) #ProudToBeHAB https://t.co/WHGuKlJEGu

A video message to our wonderful Year 13s as they embark on the next stage of their journey... we will miss you loads. #ProudToBeHAB of you, always. https://t.co/8ZnLZ3nQbK

The charity @TechmumsHQ has created a great series of FREE online mini-modules to help mums develop their tech skills over the summer. You'll find modules on getting started with the internet, email, safety online, social media, and more. Have a look! https://t.co/WK84cnnL2I

The National Literacy Trust has just announced their amazing Words for Work internship programme with Lancome, Great Portland Estates and Pwc! This experience will make your CVs and UCAS applications stand out from the crowd. Apply today! https://t.co/DdaR70wEKH https://t.co/JgjfI4XQUA

Hello Year 6! If you are starting Year 7 at Harris Academy Bermondsey in September you can now watch a five-minute video tour of the school here. Let Dr Hay be your guide! https://t.co/1pPa7CoBsk

By Shanti and the Year 7 Debate Team.

We were incredibly excited about the competition but we also felt very nervous because we had only had four after-school sessions to learn about the art of debate. 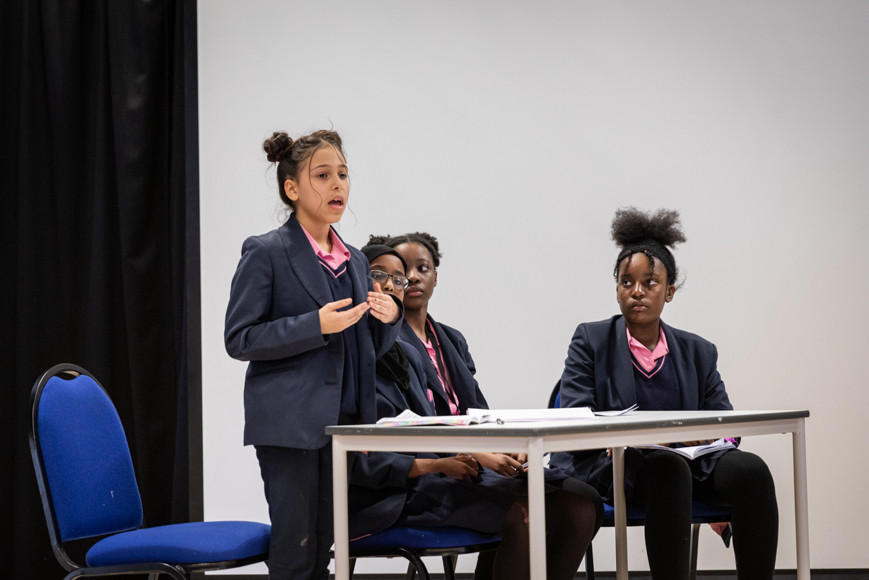 In the 1st round we took part in a planned motion. We had to argue that the best way to tackle climate change is through individual action. As we had prepared for the debate, we had loads of great ideas and felt confident. Thanks to our well-planned counter arguments and rebuttals, we got through to the 2nd round!

In the 2nd round, things were different because we did not know what we were going to debate. We only had a short period of time to work out how to argue for the motion: ‘Students spend too much time studying unnecessary subjects at school. Students should be allowed to choose what they study.” 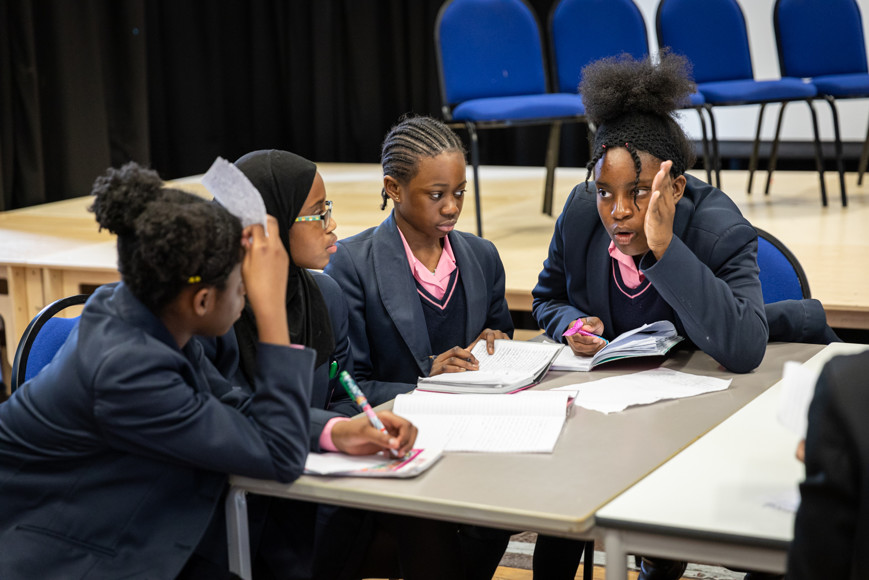 We worked together to come up with a clear argument and prepared ourselves for rebuttals. However, our opponents, East Dulwich Girls, made the debate difficult by raising lots of points of interest.  Despite the challenges posed by East Dulwich Girls, we still got through thanks to our well-planned ideas.

In the final round we were against Beckenham and we were debating the motion: ‘Students are addicted to technology. Mobile phones should be banned because they cause more harm than good’. As the opposition, we had to argue against this motion.

At this point in the day, things felt really tense! We presented our ideas clearly and Noor blew everyone away with her detailed list of rebuttals but we weren’t quite strong enough to beat Beckenham. Beckenham presented well-thought-out arguments and linked all the ideas together through the theme of ‘technology as an addiction’ – it was very sophisticated. Beckenham were also great at introducing points of interest which is a debating skill we have not learnt about yet.

Whilst we were sad to lose, we feel #ProudToBeHAB to come 2nd place in our very first debate competition.

By Shanti and the Year 7 Debate Team. 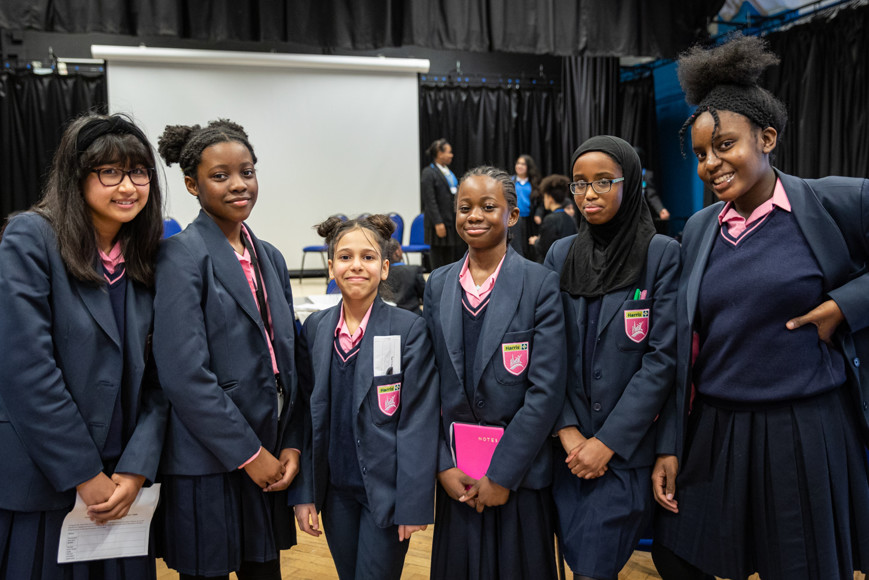 “It was super fun and it was a great experience. I don’t regret going and I don’t mind that we came second. We were a fantastic team and we supported each other.” Sara

"I was extremely nervous at the start but I know I aced the second round. My teammates were wonderful and so supportive. I’m grateful that we got to the final. I know debate club has definitely helped me with public speaking. Thanks Ms Morris!" Angelica

"It was so much fun! The other teams were respectful and kind. We were so nervous but we came 2nd place so we were grateful.” Sarai 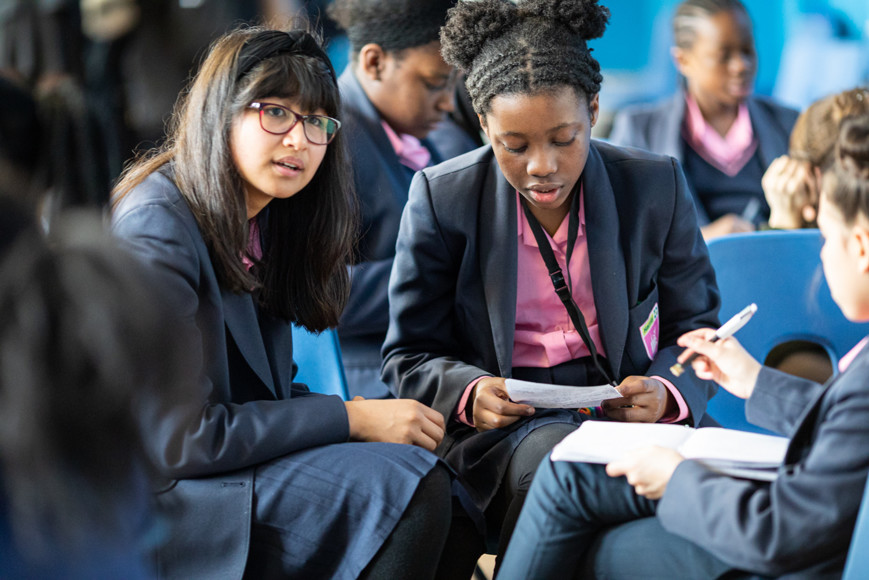 “A huge thank you to Harris Girls' Academy East Dulwich for organising such a fabulous event.” Ms Morris 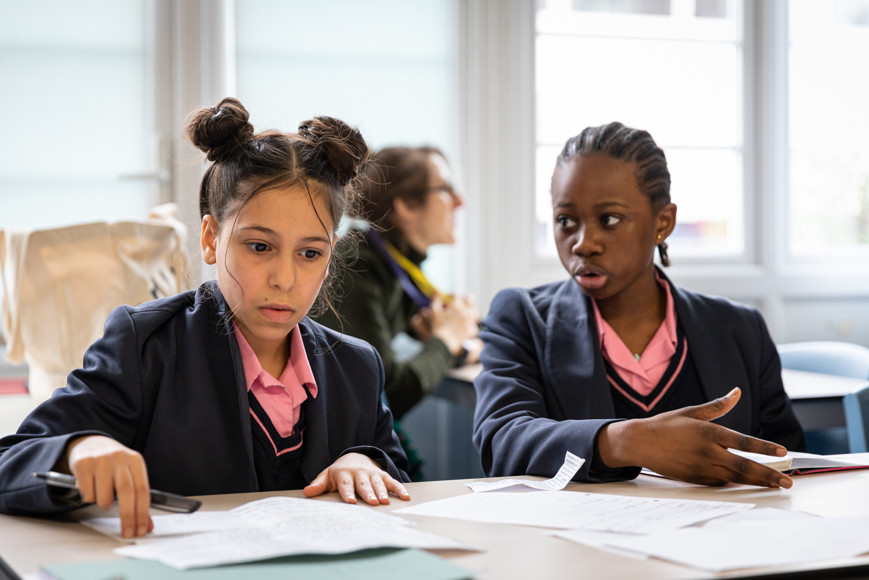