"Science Club is Full of Surprises"

Key Stage 3 Science Club is proving to be a big hit with HAB girls with sometimes as many as 40 coming along after school. “We started Science Club to get the girls involved in experiments that they can do at home, such as making bath bombs, in order to encourage science outside of the classroom,” says teacher Joyce Aju. 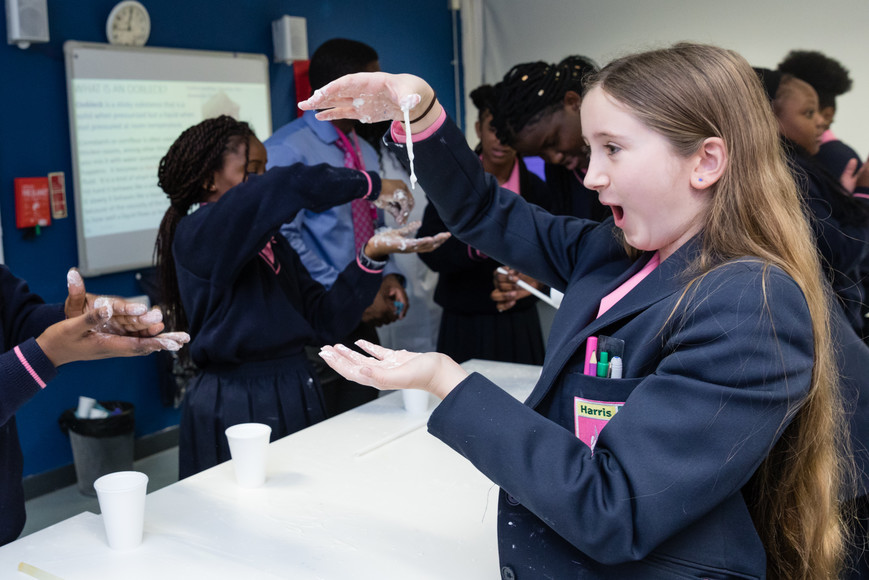 “Science club is really fun,” says Ahlia, Year 7. “The first time that I came we made lava lamps and when I got home, I was able to do it myself. Everything that we do in science club we can make at home which is really good.”

Last week students made their own Oobleck - a substance made with corn flour and water (pictured above). When both are mixed, something exciting happens. A new is formed that is neither solid nor liquid. When pressure is applied, it becomes hard like a solid, but gently put your finger in and watch it sink. The girls were asked to get the oobleck out of the cup and form it into a ball. Let's say it got a bit messy!

Aisha, Year 7 says: “Science Club is full of surprises. That’s why I come every week. I also enjoy the riddle at the beginning that we have to solve which makes it even more exciting and fun.” Key Stage 3 Science Club meets every Wednesday at 3pm in T1D. 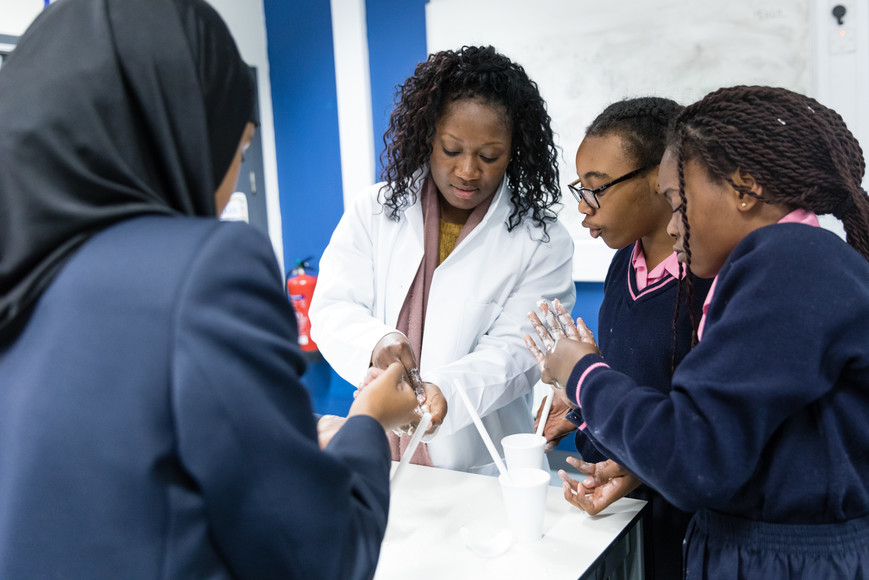 Science Club always starts with a riddle. Can you solve these two?

"I am neither a solid nor a liquid. I become a solid when you move me about or press me really hard. Some have walked on me but dare to stand on me and I will make you sink! What am I?"

"It oozes between your fingers when you pick it up, yet doesn’t stick to your skin. It comes in a variety of colors, usually green. At times it acts like a liquid, but at other times it appears to be a solid. It can be made to glow in the dark, or fluoresce under a black light. What is this strange substance?" 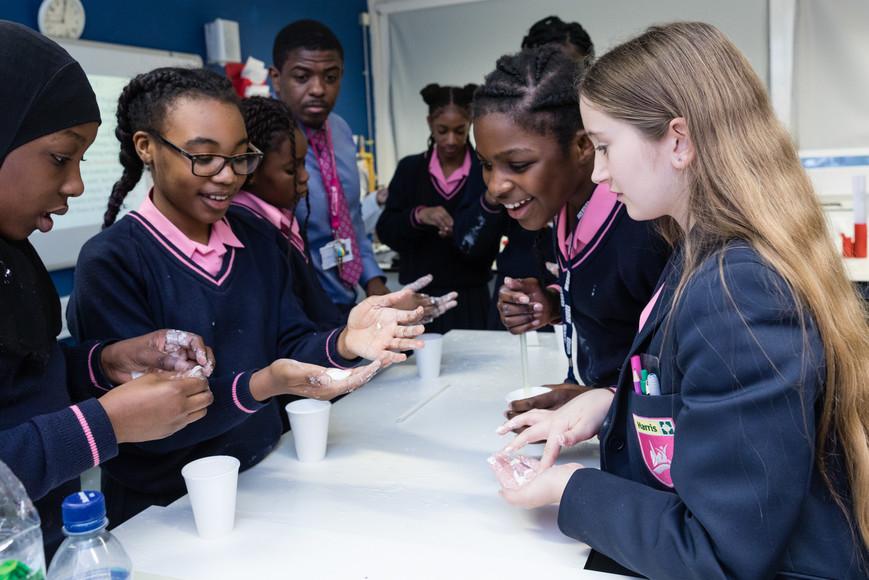