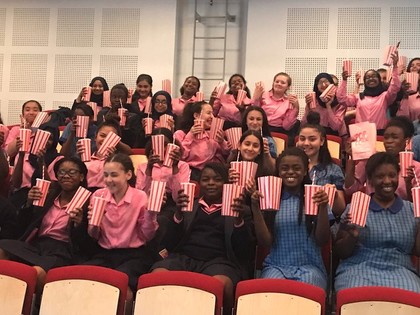 As a thank you for their hard work  this year, our student leaders and Reader Leaders were thanked with a Pizza and Film night.

Girls were treated to popcorn and other snacks during the film, and then at had takeaway pizza during the interval.

Students watched Hidden Figures, an incredibly inspirational film for young women. The students had a great evening, with lots of them exclaiming that it was better than a real cinema!

The next event for our student leaders will be at the Summer Fair on Saturday 15 July.