‘An Unlimited Experience’ - Jahnaey, Year 9, On A Trip To See 'Wicked'

Luckily, during my time at HAB I have been allowed to go on lots of amazing experiences. One of those being a trip to the theatre to watch the wonderful musical Wicked. I really enjoyed this experience and hope to go on more trips in the future.

Wicked is the origin story of the Wicked Witch of the West, and how she earned her vile title. My favourite part of the musical had to be the electronic wizard head! As when it first came on stage the bellowing voice created an unexplained amazement in me. 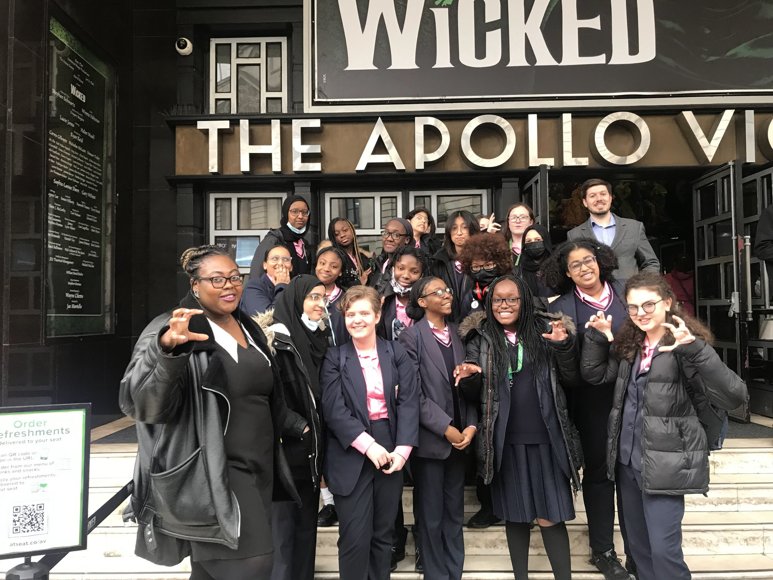 The journey to the theatre was long. But I enjoyed every second of it. I was able to talk with my peers and get to know a lot of them. Personally, my favourite part of the trip to the theatre was being able to look out the window at new sights and places.

The theatre we went to was The Apollo. Inside the theatre there were various pieces of merchandise, props and costumes on display. Having the costumes at the centre of a pair of spiral stairs was wonderful to see.

Seeing a play in person gives you a whole new view of the production.

Lots of people my age tend to watch plays on YouTube or some other viewing platform. Seeing a play in person gives you a whole new view of the production. For example, the vibrating of the room when certain characters came on stage or the electric atmosphere when the characters were singing. These 'in person experiences' created engagement and intrigue for me.  If I had watched this musical online, I don’t think it would have had the same effect as being seated surrounded by speakers and lights. 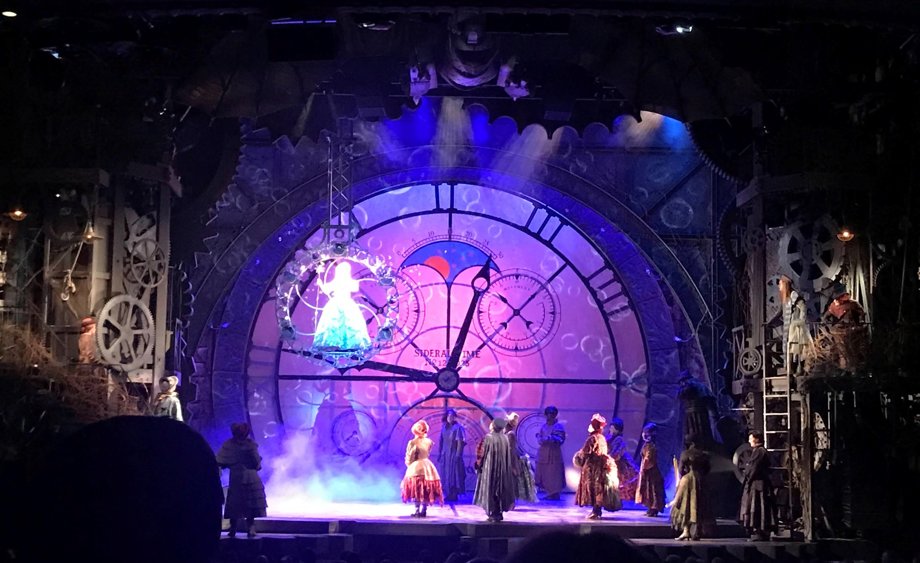 Wicked, being a musical, included some amazing vocals from the actors and actresses. Hearing the characters sing live made me feel more engaged. When they sang, I heard their actual voices with no electronic muffles to ruin the atmosphere. My favourite song from the musical was No Good Dead, as it shows how desperate Elphaba really was when she wanted to help someone she loved.

Lucia Jones played the role of Elphaba, the main character. Throughout the play you could feel the emotions of the actress as she sang. Creating many empathic moments through her extraordinary vocal range.

Aliyah C, Year10 said: “The show made me want to go and watch it  again even though I know exactly what is going to happen. The songs were really good! Some of them are still stuck in my head. I recommend everyone go watch it.”

Ms Azams said: “I thought Wicked was wicked. It teaches people how relationships are difficult and how people change over time and being true to yourself as Elphaba stayed the same throughout everything she went through. I really enjoyed the musical.”

In the future I hope to go on other trips at HAB. Preferably to see another musical!