Find out about our 13-week parenting programme, held here at HAB on Monday mornings, designed to support you to raise happy and successful children. Places still available. Email habreception@harrisbermondsey.org.uk or call 0207 237 9316 to find out more. https://t.co/JmWAO5buFp https://t.co/T73L92cIpw

We hope you enjoy watching our 2021 Christmas Concert. Special thanks to all our talented perfomers, the music and dance staff, Noor (Year 9, camera assistant) and to Ms Houssein for producing our film. Happy Christmas from all at HAB! Watch at https://t.co/paTNBsc1zA https://t.co/ZqRzndfuyD

Mustaaq, Year 7, reviews @sharnajackson's 'High Rise Mystery' series on our student blog. "If you like reading murder mystery books, this is for you. Such a wonderful book." Lots more reviews and articles at https://t.co/HFKEfQdIS0

Thank you to the British Antarctic Survey for inspiring Year 9 girls with a great talk about arctic science (and warm clothes!). Really informative and horizon-expanding. "One of the best experiences I've had at HAB.” Shayma, Year 9 #Science #STEM https://t.co/a9Fegfx87B https://t.co/dtFbXBIlAu

HAB Culture Day took place yesterday, with students dressing in the styles and fashions that represent their culture, or a culture they appreciate. Celebrating our differences, as well as our common interests, helps unite and educate us. https://t.co/S0etAV0nyG

Interested in a place at the Sixth Form for September? Hear from our current Year 12 and 13 students to discover all of the opportunities that are available to you as students of HAB6. Applications are open until the end of December. Get applying now! https://t.co/ZzbPLrWfvn

Aneela, Year 9, has written a great article about the new and exciting clubs being introduced to our extra-curricular timetable. Read what she says at https://t.co/bGVEn68v5C https://t.co/gHAuwU57Yu

Come and see Harris Academy Bermondsey Sixth Form at our Open Evening, Thurs 4th Nov, 5.00-6.30pm. Both internal and external students are welcome to attend. We look forward to welcoming you. Details at https://t.co/Fl8Qzuo9b7 https://t.co/oNzqbzkYa3

Blair Imani is an author and a historian. Previously, she used the title 'activist', but she explained that her current line of work is less oriented towards activism and more so towards education.

She identifies as black, bisexual, queer, and Muslim. Due to her position at an intersection of several communities Blair centres her work primarily around illuminating the stories of marginalised identities. 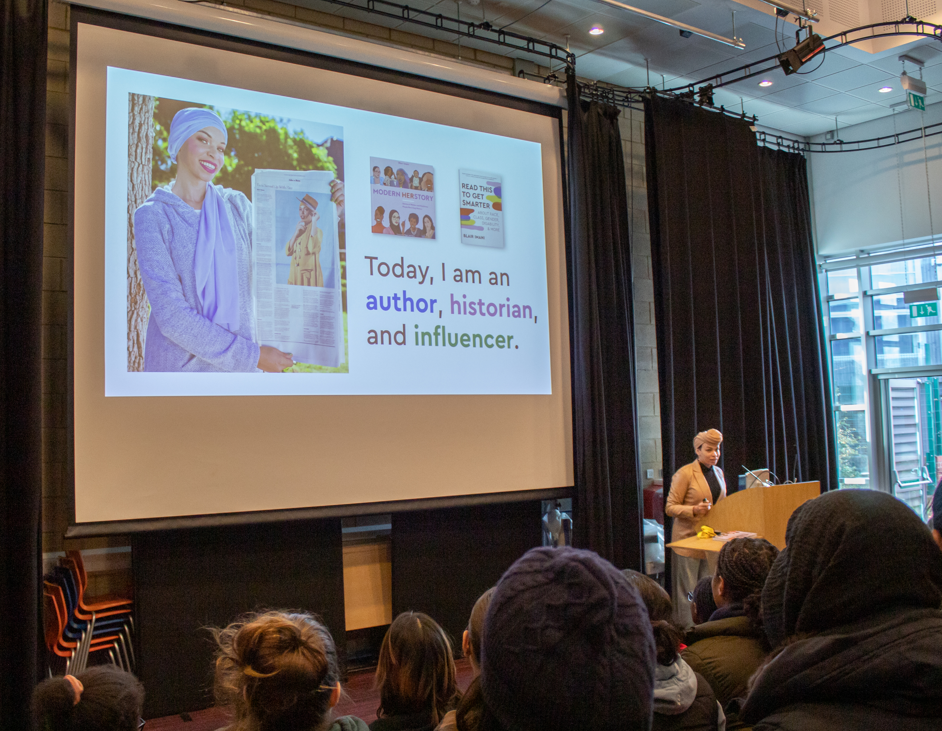 She also creates a series of videos on Instagram called 'Smarter in Seconds', geared towards educating viewers about internet safety, cultural appropriation, gender identity and much more in quick, fun, colourful and digestible videos.

While on her visit at HAB, Blair spoke to students in Year 12 and Year 10. Her presentations detailed the importance of intersectionality – a term coined by Kimberlé Williams Crenshaw in 1989 about how aspects of a person’s identity means  that a person can be privileged and oppressed at the same time. For example, a gay black man in our society would be marginalised due to is gayness and blackness. However, he will still benefit from male privilege.

Blair Imani spoke about the importance of intersectionality when addressing social issues – it is vital to recognise different forms of discrimination and privilege as well as their effect on a population. 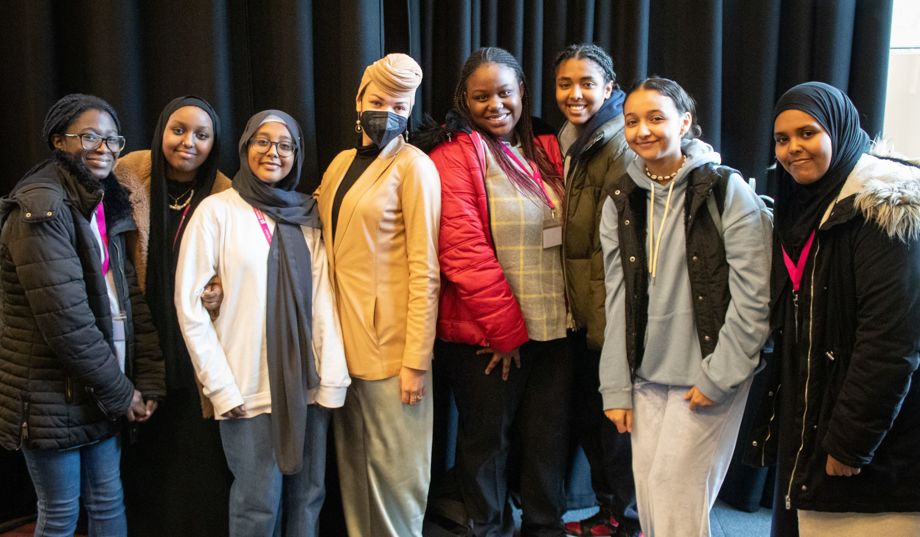 Alongside her enriching talks with students, Blair Imani gifted ten copies of both Read This To Get Smarter and Modern HERstory. In Read This To Get Smarter, Imani examines ‘race, class, gender, disability and more’ and encourages the reader to expand their social consciousness and knowledge to become a well-informed individual.

With Modern HERstory, Blair Imani celebrates the legacies of 70 women, girls and non-binary people who have shaped the world. These books are currently available at the HAB library!

The students at HAB described Blair’s talk as amazing and inspiring.  One student took to social media and wrote, "I never believed there were black LGBTQ+ people who strutted freely and confidently as you. Your confidence gives me hope."

I never believed there were black LGBTQ+ people who strutted freely and confidently as you. Your confidence gives me hope."