The conference aimed to model the COP26 conference that will be taking place in Glasgow in November. The United Nations (UN) Conference of the Parties (COP) is when all countries of the world meet every year to negotiate and progress action on Climate Change – this year is COP26. Each COP lasts two weeks with formal talks and meetings for country delegates and talks for world leaders. 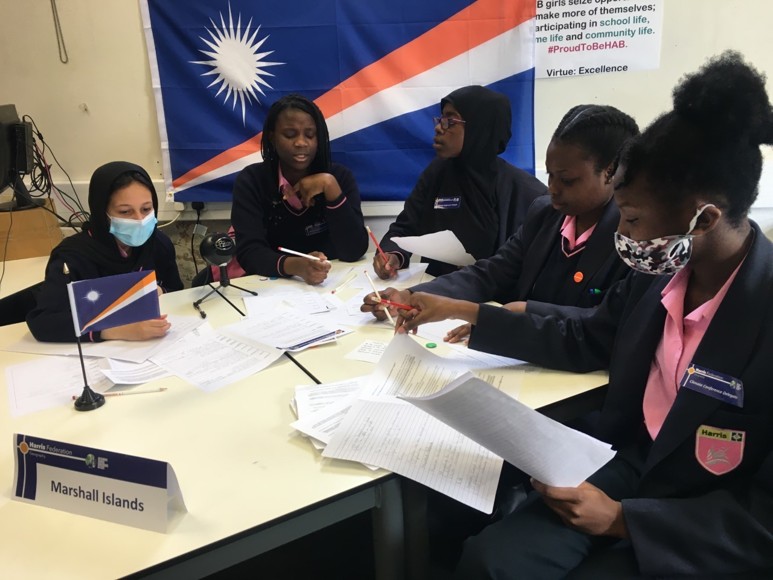 The Federation event was a little smaller - about 12 Harris schools took part representing a wide variety of countries including the USA and the UK, Bangladesh and Bhutan, Russia and Saudi Arabia. 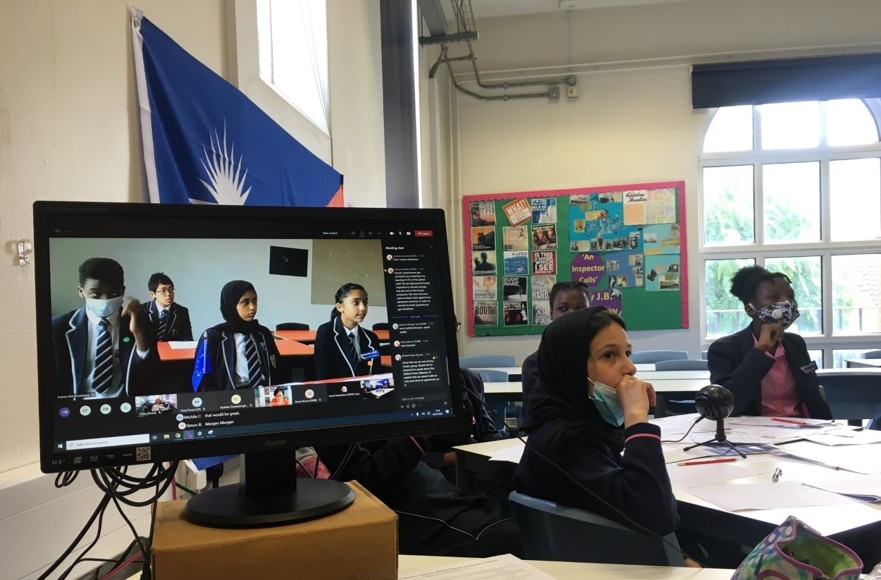 Each team had done hours of preparatory work to ensure that they were clear on their objectives and their negotiating points. After each delegation had made a brief introductory speech, the negotiations got underway, with countries recognising the contributions of other nations whilst also questioning why more hadn't been done to meet emissions targets which might keep average global temperature rise to less than 1.5 degrees celsius.

As a tiny island state made up of 29 atolls with a population of just 58,000 located just north of the Equator about 3,000km off the north-east coast of Australia, the Marshall Islands nonetheless covers 1.9 million km2 of ocean giving the nation largest portion of territory made of water (97%) of any country in the world.

However, with an average land height of only 2.1 metres above sea level, the country is extremely vulnerable to sea level rise caused by a warming planet. 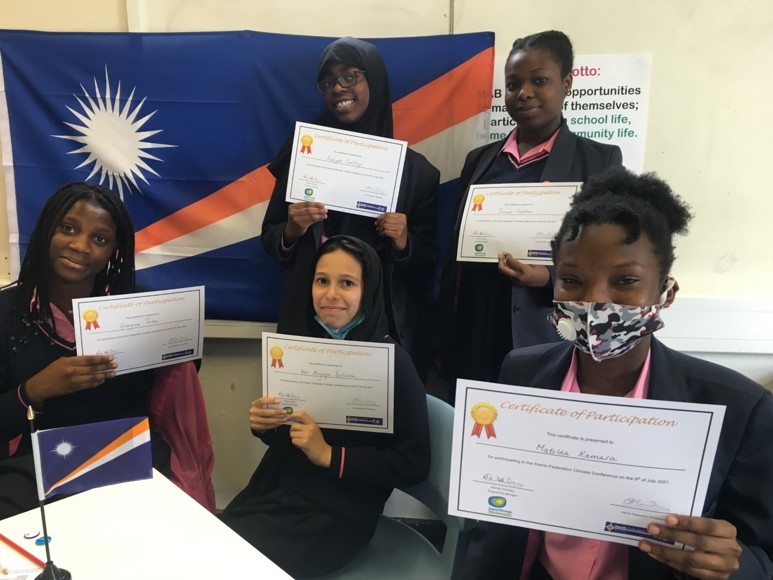 Georgina, Noor, Radiyat, Zainab and Matilda, Year 8, with their certificates after ably representing The Marshall Islands at the Harris Federation Climate Conference.

Despite contributing less that 0.00001% to global greenhouse gas emissions, the Marshall Islands' delegates were very proud of their country's commitment to net zero emissions by 2050, which it is well on the way to achieving.

Delegates called out Saudi Arabia and USA on why these rich states were not making a bigger contribution to solving the problems that they had created.

But the Marshall Islands were not just there to plead for help: boasting the 3rd largest ship registry in the world, the Marshall Islands aimed to bring the ocean-based countries together to encourage the shipping industry to radically lower emissions. Whilst shipping currently represents only about 2.5% of global emissions, that number is growing rapidly and, without some positive action, is likely to reach 10% by 2050.

The Marshall Islands delegates made their proposal to the conference but unfortunately were beaten by time, although several commitments were made by the larger nations with the USA promising to take a leading role in the adoption of electric cars.

Let's hope that the delegates at the real COP26 in November can also come to an agreement and take even more actions to address our climate change crisis. We will certainly be keeping a keen eye on proceedings.