Maria joined HAB in Year 7 when she came to England from Poland knowing little English. Five years later she achieved a Grade 8 in both her English Language and Literature GCSEs. 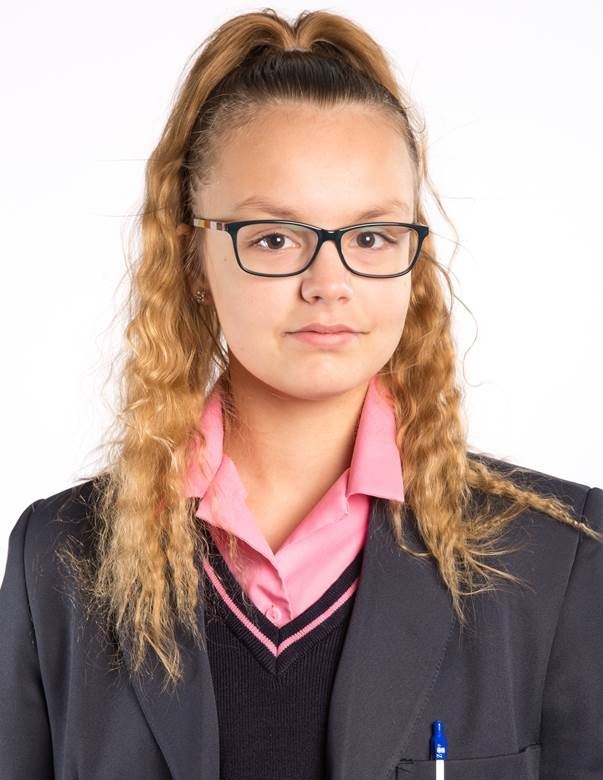 In this article Maria tells the story of her language journey, and we show how we support students where English is an additional language.

At HAB, students who are new to English, or are at early acquisition stages, are taught general English language skills (speaking, listening, reading and writing), as well as more academic language skills required for the different subjects across the curriculum.

Maria attended four EAL lessons per week throughout Year 7 during her timetabled English lessons together with two other students, who were equally new to the country and the language.

The progress she made by the end of Year 11, not only in English, but across most subjects was quite remarkable and will hopefully assure other new arrivals across the globe that literacy skills in the first language eventually transpire and lead to successes in the newly learnt language likewise.

Reflecting upon your arrival to the UK and your first day in school, what do you remember?

I remember my last flight from Poland, which dictated that I will no longer live there. I felt terrified, excited, and curious, all in one, about how different my life will be from now on.

Upon arrival to London I was surprised by the architecture; my 11-year-old self expected huge skyscrapers only a few meters from one another, like in New York, however, in reality most buildings rarely reached the sixth floor.

Anyway, fast forward to my first day of school. I was extremely nervous. I arrived with this ‘expect the worst but hope for the best’ sort of mentality to give myself a little courage. I still remember sitting by the school reception, my whole body trembling as I would obsessively glance at the clock and feeling relieved with every minute that had passed, as it meant that there was still no one there to collect me.

I was so scared about the next thing that would happen that I wished I could sit in that chair for the next hours until the school day ends, but of course that did not happen.

Instead, I was taken to EAL on the seventh floor where for the next three hours I did some tests in English and Maths so it could be decided which sets would suit me the most, but at the time I barely had any idea of what was going on.

Although, I had learnt English in Poland before moving, it came to me as a shock, how little I could actually comprehend whilst doing work, asking for help, replying to questions, or just simply having a conversation.

For the remaining half of the day I was placed in a Set 2 class, where I had Science and Maths and it was pretty uneventful, mainly because I could not understand 95% of the vocabulary the teacher was using, but thankfully, they knew that. However, that doesn’t mean that I didn’t at least try to understand the topics - I was determined not to fall behind with work, so I always tried my hardest to learn new words in every lesson. 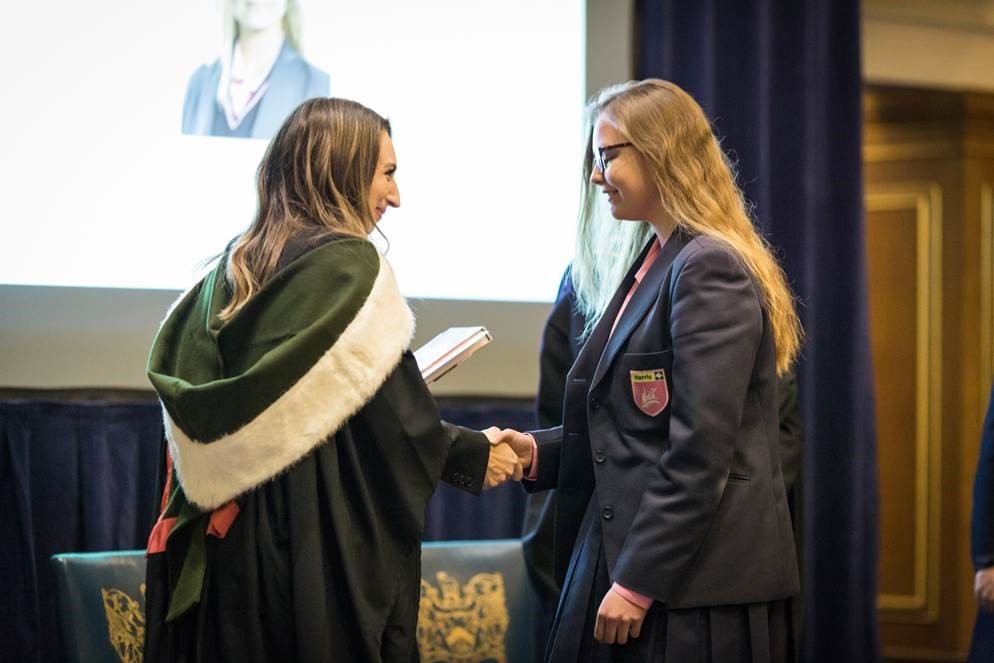 What did you find particularly challenging due to the language barrier?

A very challenging aspect was staying patient and trusting the fact that you are indeed getting better each day, even if you are struggling to believe it.

I was very impatient with my progress for the following reason: in Poland I always had very good grades because I had a very high standard for myself and after moving to England, I subconsciously wanted to maintain that standard from the onset, knowing it was practically impossible.

I am aware that not everyone deals with this problem, but for me, going from a model student in Poland, to a student that can barely get a 1 on a test, was mentally crushing, draining and frustrating. I wish I could have given myself more time to adapt, then I would not have had to deal with this challenge.

How did you manage to overcome it?

I was well-aware that this will be my life and no matter what I do, I will still have to learn English sooner or later. It was not a 'take it or leave it' situation, so giving up was never really an option and I kept trying relentlessly, until I saw some good results.

A few months later I realised that my efforts were paying off, as I was moved to Set 1, the top set in Spanish, and after a year in Science too. This validated the fact that I must have done something right in my method of learning and pushing myself. My hard work being recognised not only motivated me to keep at it but also boosted my confidence in believing that I will be able to catch up with the others.

Commendable progress with the various subjects over the years then?

Following my move to the top set in Spanish in Year 7 and in Science in Year 8, I moved to the top set in Maths in Year 9. I achieved a Bronze Award in Year 10 for the 2018 Maths Challenge and won the Prize Giving Award for Art in Year 10 as well as taking an early GCSE in Polish. In Year 11 I decided to do triple Science and further Maths for GCSE.

What kind of support did you find most helpful at school?

What I found most helpful was the fact that I could take an iPad mini to my lessons. If I didn’t understand a word, I could simply type it in and translate it as opposed to wasting time and searching for it in a dictionary and miss important parts of the lesson, or if I didn’t have a dictionary, simply leave the lesson not knowing the definition and later forgetting about it altogether. Being able to quickly translate words was one of the most important aspects of effectively and efficiently learning new vocabulary.

Sport played an important role in contributing to your successful transition process.

My first few years were very stressful due to the pressure I would put on myself to do well. However, throughout secondary school I was a competitive fencer. Training and practice helped me clear my mind of any worries and I could focus on something different besides academics.

Would you say being multilingual has benefited your life overall?

I know that learning Norwegian at a young age and becoming fluent at it gave me an advantage at becoming fluent in English. I am sure that this experience with languages will continue to give me an advantage towards learning new ones in the future. Moreover, I feel like learning languages is really important, not only for showing it on a CV, but for yourself. There have been some studies published that bilingual people, or people who learn a new language develop a different personality accustomed to that language, which I think is very interesting.

How did the loss of continuity affect you when you moved back to Poland from Norway?

From Norway I can only recall good memories. I lived there for 4 years, from 2 to 6 years old. I am very grateful for experiencing life there and I couldn’t have asked for a better childhood there.

Once we moved back to Poland, most of the things I remember as stressful. It was like one day I lived in a utopia and the next I fell down to earth; I went from being careless to overly conscious, from outgoing to shy and quiet. I have some good memories, but unfortunately the bad outweigh the good. I still read in Polish from time to time though.

What are you studying now and what are your future plans?

I have taken up Biology, Chemistry and Maths for A-levels, but I am torn between applying for a degree in architecture/architectural engineering and city planning. My A-level subjects may not be the best match to the degrees, but I wanted to choose the subjects and courses that I know I will truly enjoy. One step at a time.

Thank you very much Maria and best of luck with your studies. Between your determination to bridge any gaps that may cross your path and the rich fantasy stemming from three different cultures, I am certain that your mind will continue to capture the unimaginable and engineer the impossible.

Ms Fogarasi, Lead Teacher of English as an Additional Language