Join us on Zoom for an online open event on Wednesday 16th September, 5pm, and see for yourself how we could make a difference to your daughter's future. We look forward to meeting you! https://t.co/6xRLxBSJI7

Year 8 and 9 curriculum and information webinar on Zoom today (Weds 9th Sept), 5pm. An opportunity for parents and carers to be welcomed into the new academic year alongside your daughters. Hope to see you there! Register now at https://t.co/vjinSgBquH

Today... Curriculum and Information Webinar for Year 7 (5pm) and HAB6 (6pm) parents. Other year groups on Weds/Thurs. Learn more about the curriculum your daughter will follow and the support she will have. Register now at https://t.co/mVy5hVSRmd https://t.co/SvOzispQNO

Register today for our online Curriculum and Information Evenings for parents, starting with Year 7, Tues 8th Sept, 5pm. Full details of all events and how to join at https://t.co/mVy5hVSRmd https://t.co/XRpxf4kMQa

@CybellaChen @skyabovecloudss @HAB Oh no, what a shame! We hope she’s feeling better soon. Yes, she will receive a warm HAB welcome and will be buddied up with another student when she’s able to attend the Academy. Hope to see her soon.

Year 7 did really well on the first day of the new 'arrive at school' routine. Don't forget we're staggering arrival times this year - full details of start times and dates for all year groups at https://t.co/W5orA46Hye https://t.co/tnEf8khKdh

This annual project, arranged and funded by The National Literacy Trust, gives pupils the opportunity to visit famous cultural venues in their city, using the visits to inspire poetry. This is HAB’s third year taking part in the fabulous creative writing project. 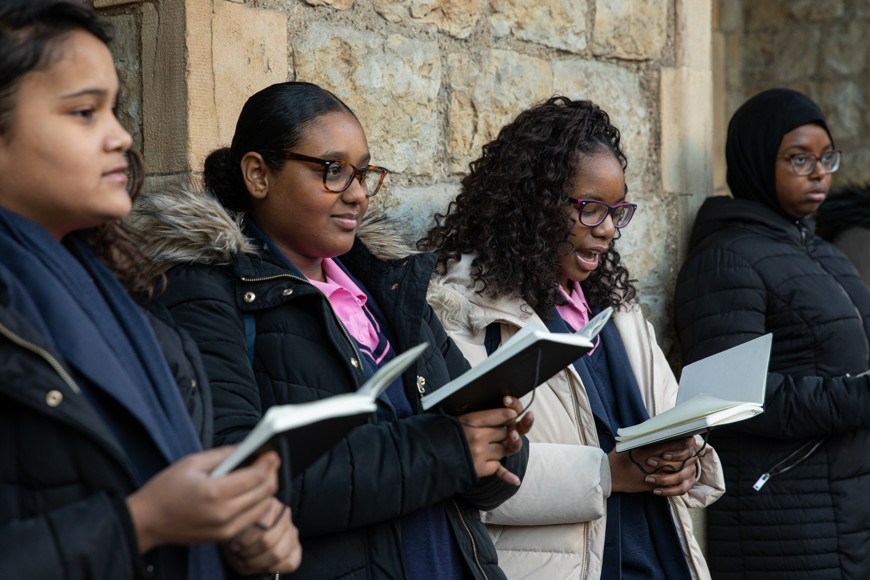 Before a special poetry workshop, the girls toured a luxurious royal bedroom and a sinister prison that held potential traitors of the British monarchy.

As part of their tour, the girls were lucky enough to see the Crown Jewels up close and personal. The Head of Security, Gareth, whose job it is to look after the Crown Jewels, arranged for the HAB girls to peruse the priceless jewels at their own pace. The class could not get enough of the Crown Jewels and would have spent the whole day revolving round on the moving walkway if they did not have to get back to the all-important act of writing their poems! During their time at the Tower, the girls learnt about the history of the breath-taking Koh-i-Nur diamond that can be found set into the Queen Mother’s Crown. It is the bloody history of this magnificent diamond that was the inspiration for the poetry workshop that followed. During the workshop our girls wrote some outstanding poetry (see below) exploring the beauty of the diamond and the difficult history of British imperialism that surrounds it. 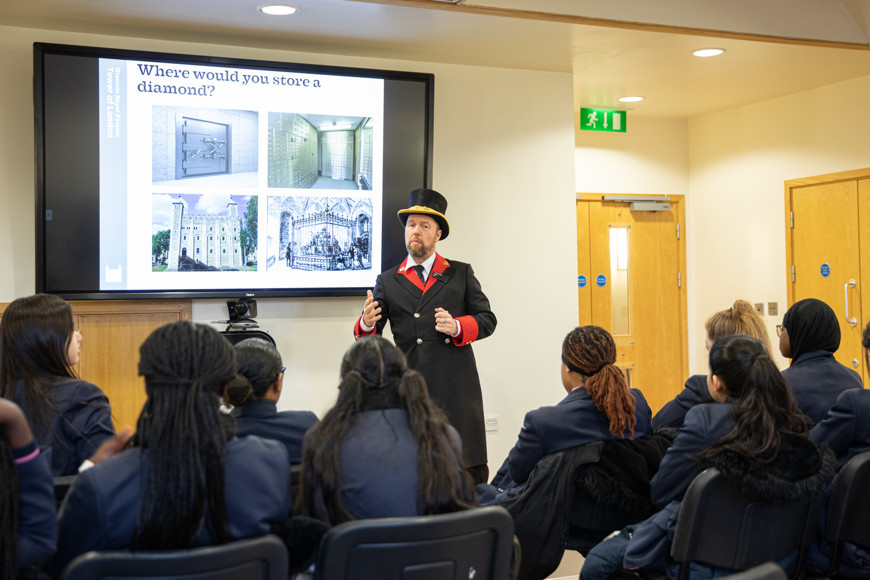 The students wrote their poems into their very own poetry note books that were gifted to them by the National Literacy Trust. The gasps of surprise and delight were audible when we presented the girls with their stylish notebooks.

At the end of the visit, students performed their outstanding work for the tourists who were leaving the room that contains the Crown Jewels. The girls’ words helped the audience to see the Crown Jewels in a new light. 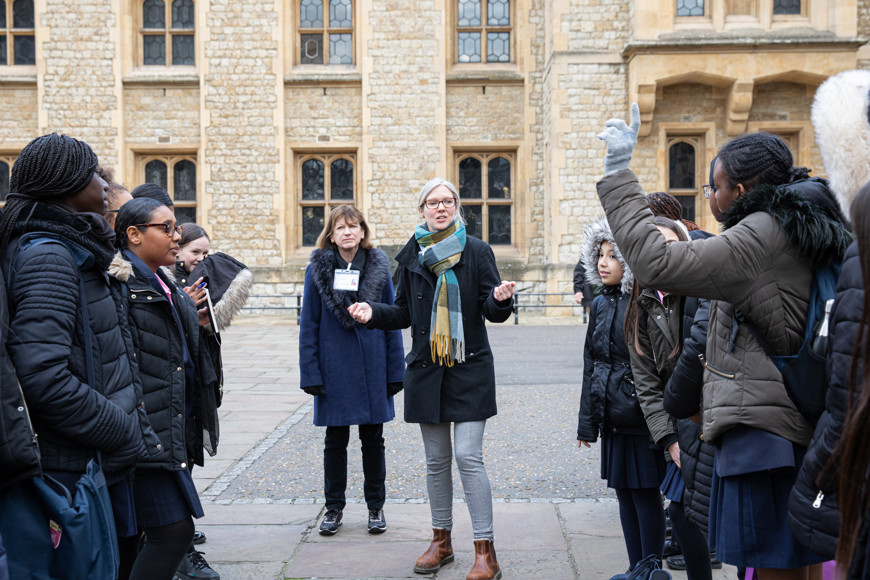 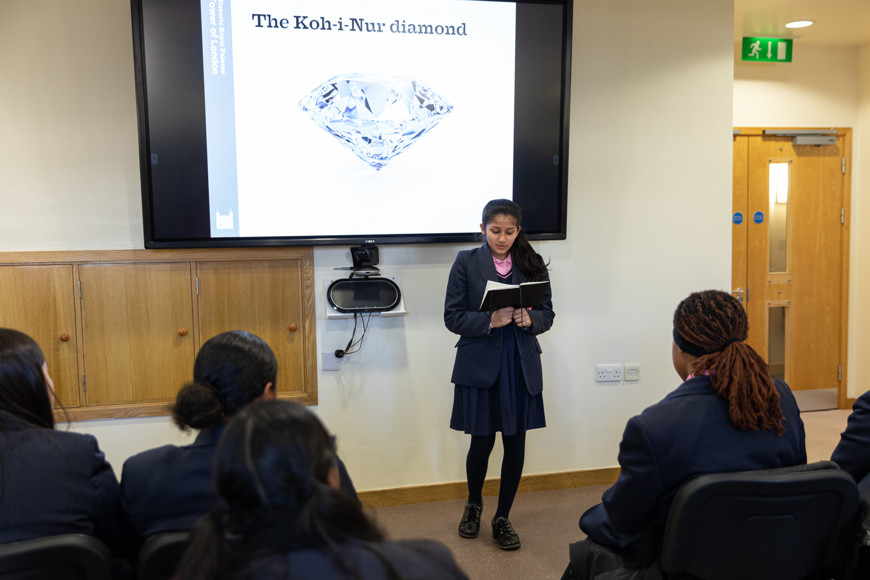 A selection of poetry produced on the day

Fit for a Queen

A dark history emerges from the luxurious sparkle

It tastes of blood

Blue as the cold souls it touched

A diamond as dazzling as can be

Under the dazzling light

It is  smooth and sharp

The echoes of silver swords clash against one another

Betrayal and fear lurks  around the luminous diamond 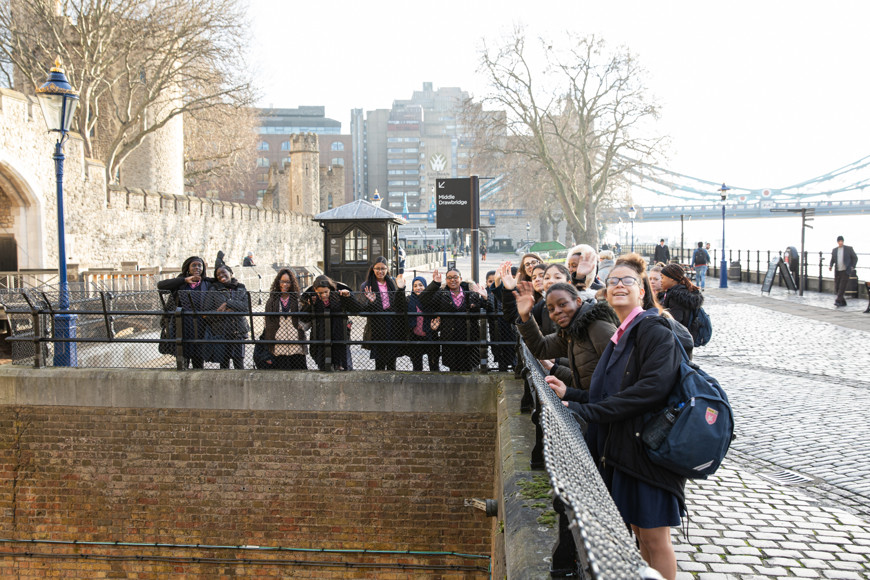 The Koh-i-Nur, The Mountain Of Light,

A shooting star high up in the sky

The mountain of light,

The taste of rage and regret fills the night sky

The darkness that hides inside has now been seen.

As the diamond shines the truth is revealed

The sad souls can now been released.

Behind the opulent, dazzling diamond

The dark, cold past shines out

The whisper of Duleep’s tears

Stream down his cold face

The Koh-i-Nur  tastes of ice: cold and hard 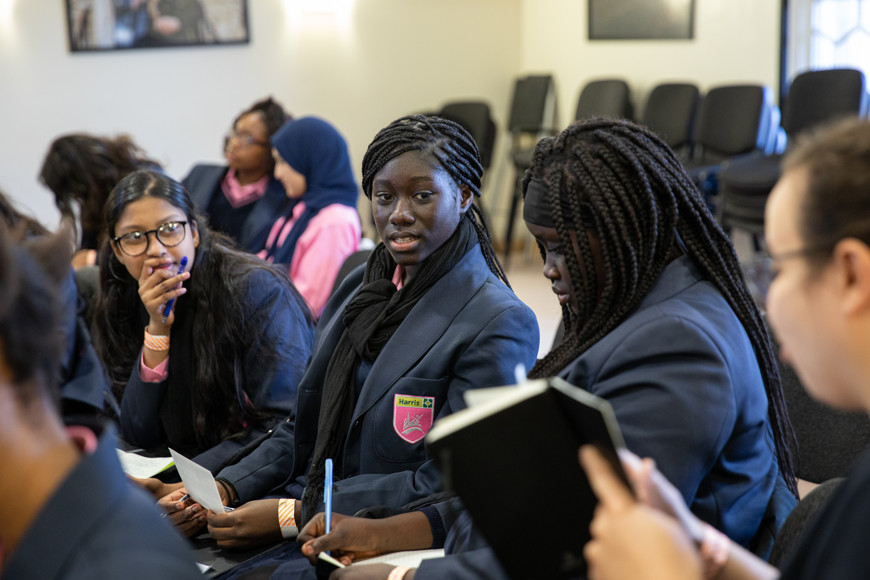 in the bloody jaws of a lion.

The Koh-i-Nur  has stolen a life,

The whispers of  separated souls hover around.

It feels like the crushed shell of a snail 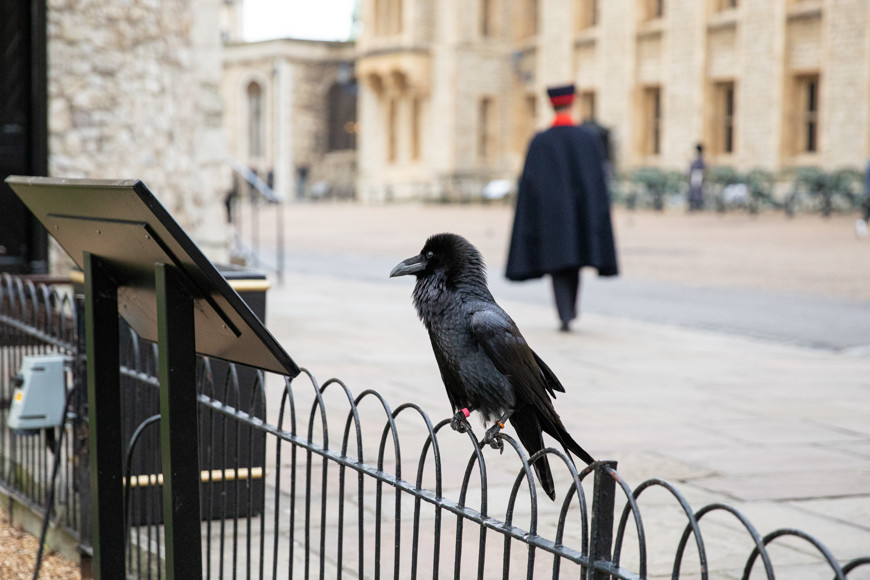 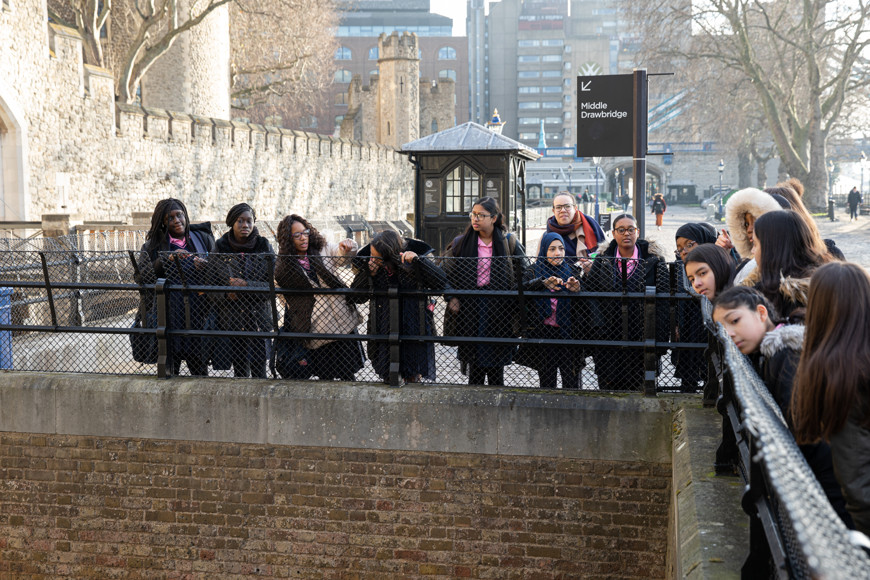