Join us on Zoom for an online open event on Wednesday 16th September, 5pm, and see for yourself how we could make a difference to your daughter's future. We look forward to meeting you! https://t.co/6xRLxBSJI7

Year 8 and 9 curriculum and information webinar on Zoom today (Weds 9th Sept), 5pm. An opportunity for parents and carers to be welcomed into the new academic year alongside your daughters. Hope to see you there! Register now at https://t.co/vjinSgBquH

Today... Curriculum and Information Webinar for Year 7 (5pm) and HAB6 (6pm) parents. Other year groups on Weds/Thurs. Learn more about the curriculum your daughter will follow and the support she will have. Register now at https://t.co/mVy5hVSRmd https://t.co/SvOzispQNO

Register today for our online Curriculum and Information Evenings for parents, starting with Year 7, Tues 8th Sept, 5pm. Full details of all events and how to join at https://t.co/mVy5hVSRmd https://t.co/XRpxf4kMQa

@CybellaChen @skyabovecloudss @HAB Oh no, what a shame! We hope she’s feeling better soon. Yes, she will receive a warm HAB welcome and will be buddied up with another student when she’s able to attend the Academy. Hope to see her soon.

Year 7 did really well on the first day of the new 'arrive at school' routine. Don't forget we're staggering arrival times this year - full details of start times and dates for all year groups at https://t.co/W5orA46Hye https://t.co/tnEf8khKdh

We've just hosted our first Literary Tea Party, using funds from the Jack Petchy Award. Our academy librarian set up a book-themed party to celebrate students who have shown a love of and dedication to Literacy.

There was an advanced potion-making activity where students mixed fire water, dragons’ blood, fairy dust and moon dew to create delicious potions, like Amortentia and Felix Felicis in the Harry Potter books. 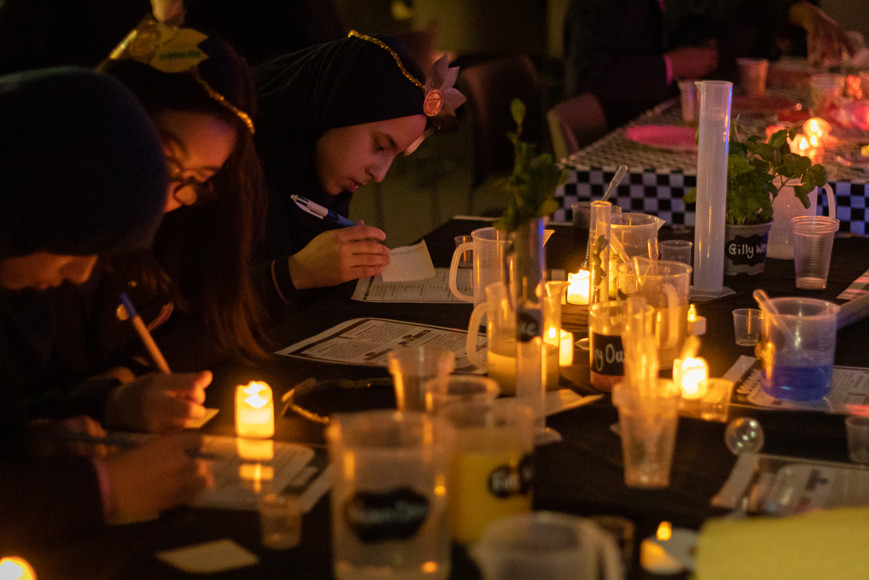 Inspired by the tea party in Alice and Wonderland, students also spent time decorating a gingerbread man with icing, laces and sugar sprinkles. 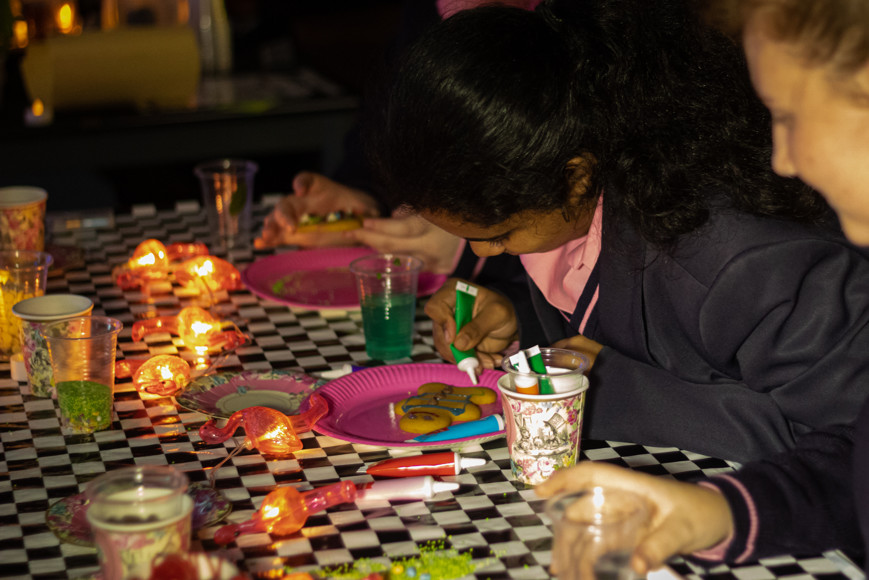 As a nod to Percy Jackson and his adventures, students created laurel leaf crowns and competed in an archery competition (below). Artemis and Apollo would be proud! 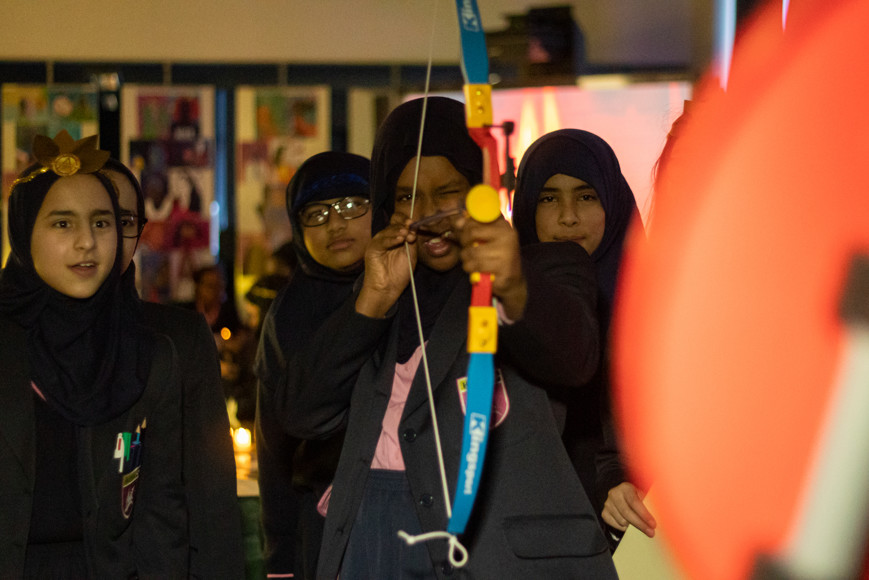 At the end of the event, students enjoyed a selection of scrumptious book-themed snacks like Hogwarts House fruit kebabs and Bertie Botts Every Flavour Beans.

The money for the event was donated by Laila (Year 9) who won £250 as part of her Jack Petchy Award. “I was pleasantly surprised when I was nominated as I have never been nominated for anything, ever!" said Laila. "I’m thankful for all of the students and teachers who voted for me. If it was not for them, I would not have had been able to take part in this one-of-a-kind experience. I feel lucky and privileged to have taken part in the event. It is truly the highlight of my time here at HAB!” 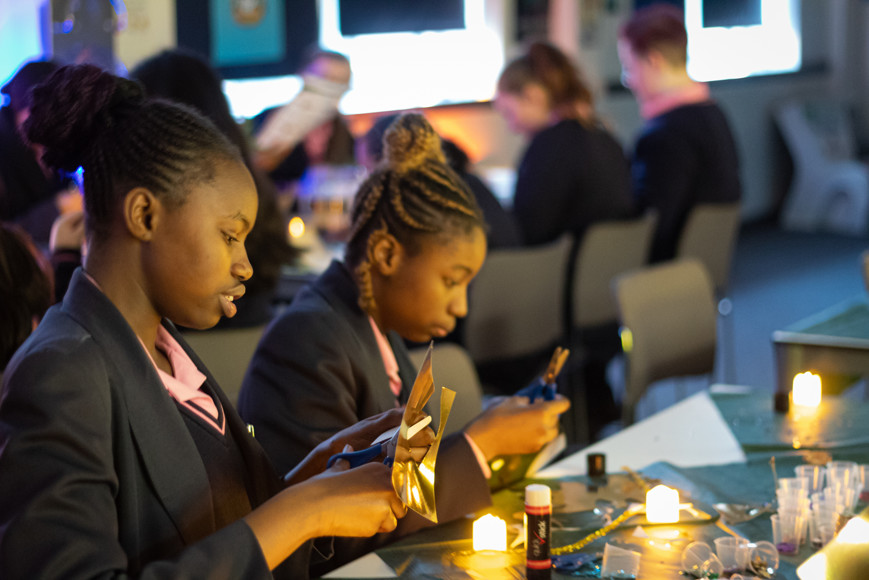 Amy and Tracey “loved making the concoctions in advanced potions” and were particularly impressed by the “minty and fresh Poly Juice Potion”. Neha also had a great time making her potions as it was a new experience for her.

Hawa said she “really enjoyed decorating the gingerbread men. I put chocolate sprinkles, laces and icing on mine. It looked really cool!” Nabila said “archery was really fun and active. I was victorious in the competition!”

Thank you to the Jack Petchey Foundation for making this event possible. 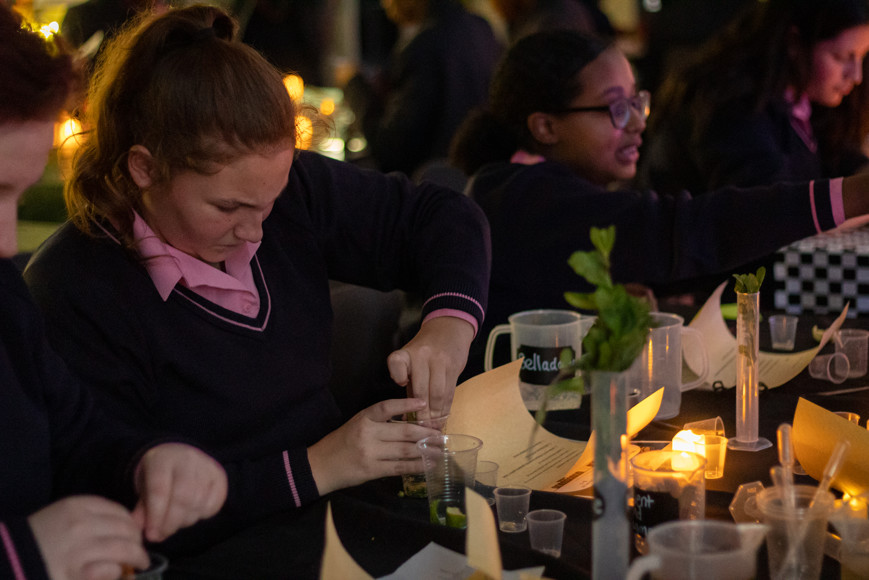