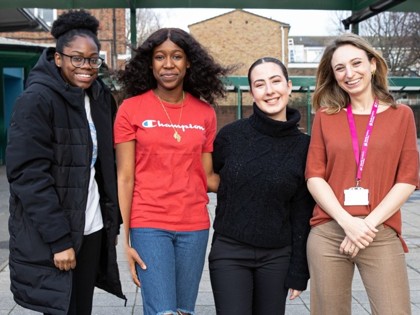 Three of our sixth formers have received offers from Oxford or Cambridge universities.

Jona and Elizabeth have received offers from Oxford, while Korede has been offered a place at Cambridge, subject to her A Level results.

"It still feels surreal," says Jona, who aims to read English Language and Literature at Worcester College, Oxford. "It’s been a dream of mine since Year 10 and I have worked so hard, alongside the support from the school, to give myself the best opportunity possible. It's paid off and to know that I got an offer from Oxford to study a subject I am in love with feels like I’m in a dream!"

It goes without saying that we are very #ProudToBeHAB of them all. Former HAB student Chantoi became our first student to go to Oxford or Cambridge when she gained a place last year.