U14 Football Team Through to Next Round of FA Competition

The U14 (Year 8 and 9) football team recently competed in the English Schools FA Competition. The girls travelled a short distance to Newham to play against Royal Docks Academy.

Royal Docks took the lead after 15 minutes with a well-driven shot low into the corner of the goal. HAB girls were determined to come back but despite their efforts the team went in at half time 1-0 down. Ten minutes into the second half there was a scramble in the opposition's box and Sahra, Year 9, volleyed into the goal from close range. The reminder of the game was end to end play with both teams working relentlessly hard to secure the winning goal. Full time score 1-1. Score after extra time 1-1.

The opposition was first up to take penalties, with their first effort hit wide of the post.  Then Aisha, Year 9, stepped up to take HAB’s first penalty and scored, low and hard into the bottom corner! The opposition then missed their second penalty hitting high over the bar. HAB proceeded to score all remaining penalties and finished the game winning 4-2 on penalties. 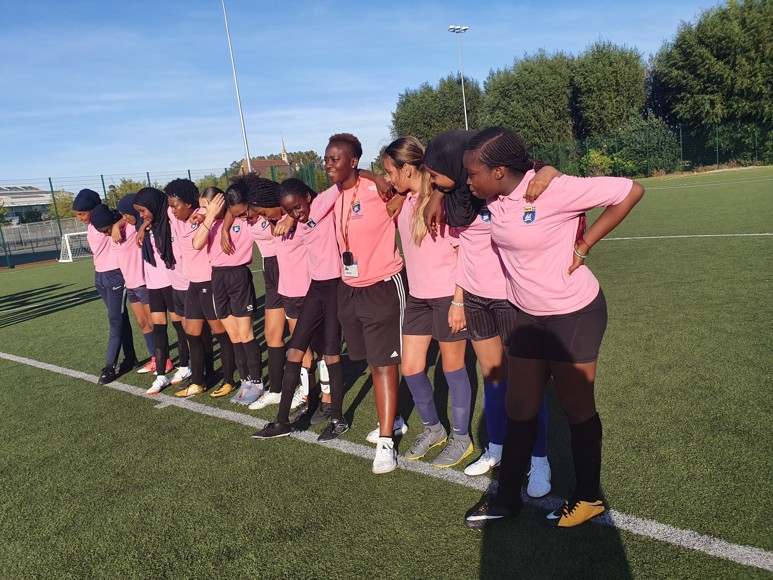 Round three fixture of the competition will be announced on Monday 14th October.

We wish the U14 girls the best of luck in the next round of the competition. 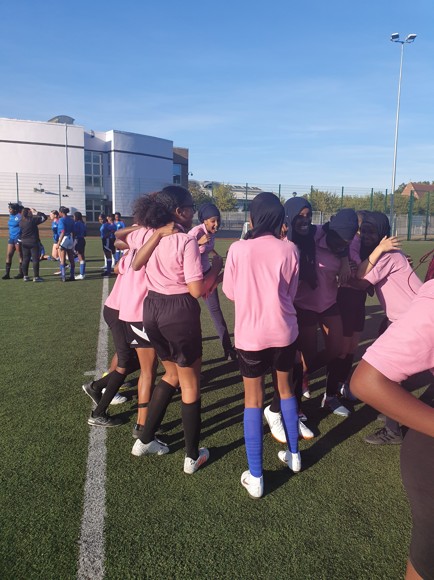