Here's Yuki's entry to our Christmas Card Competition - one of three winners. “I was surprised to find out I had won because I didn’t expect it.” All entries will soon be on display at HAB for us all to enjoy. Find out more at https://t.co/S7M9EwPfag https://t.co/5XMbr2Qdhd

Tara is one of three fantastic winners of our 2020 Christmas Card Competition. “I put a mask on Santa because of lockdown and I wanted to use the HAB logo because the theme was HAB Christmas.” Find out more at https://t.co/S7M9EwPfag https://t.co/1fIjdzJvmc

Well done to Jodi, Yuki and Tara - winners of our 2020 Christmas Card Competition. All entries will be displayed as an exhibition in the school restaurant and make a fantastic display! Here's Sobia's entry, inspired by the book 'Northern Lights'. Details https://t.co/S7M9EwPfag https://t.co/uMpHf5NQFn

We're hosting a parents' information evening, "How to Keep My Daughter Safe" on the 10th December, 5.30pm, which will look at student safety outside of HAB. All parents are warmly invited. Click here for info and to register https://t.co/J9gY9LPJq0 https://t.co/5vUoNhv3SA

Join us on Zoom for our final live online open event, on Sat 17th Oct, 10am, and see for yourself how we could make a difference to your daughter's future. We look forward to welcoming you. Register at https://t.co/xtRe06t565

Our final two Zoom online open events for Year 6 children and their parents are on Weds 14 Oct, 5.30pm, and Sat 17th Oct, 10am. See for yourself how we could make a difference to your daughter's future. We look forward to meeting you! Register at https://t.co/xRTkXziEJN https://t.co/LzdAvrmzOv

We are so sorry but we are having technical difficulties and appear to have lost our Webinar section on Zoom, which means the meeting planned for Sat 10 Oct, 10am cannot take place. Very sorry. We will host another Webinar next Saturday (17th) at 10am so you don’t miss out.

Star, Yasmine and Amira from Year 7 were the winners of the 2016 HAB lyric writing competition. Their song, a re-write of Beyonce’s Crazy in Love, was performed by the HAB band at the 2016 Christmas Concert and went down a storm. 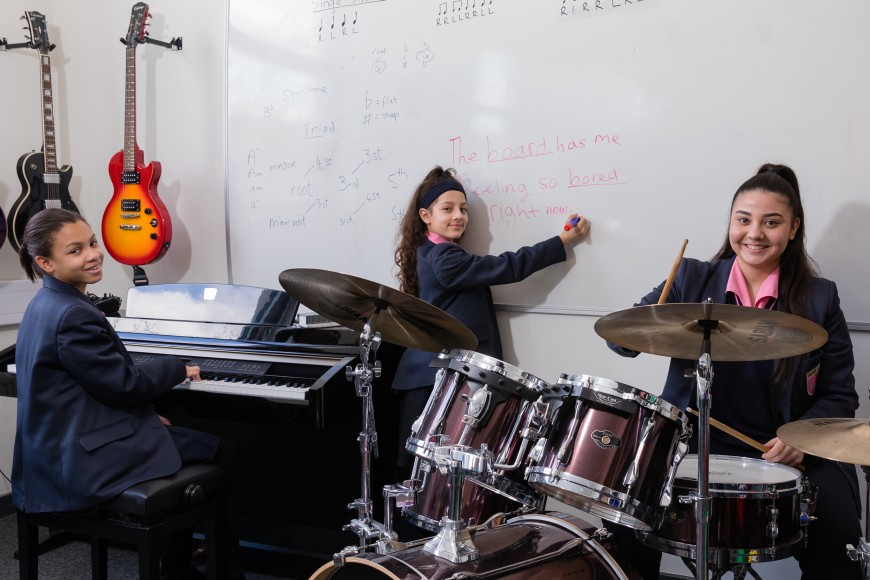