"This young cast delivers a performance far beyond their years." Mr Tobin reviews our recent school production of Little Women.

The story of Louisa May Alcott’s classic novel, Little Women, has been told many times, in many settings and by many performers. It can’t, however, have been performed much better than in its current outing at Harris Academy Bermondsey by a stellar student cast who have brought this timeless tale of growing up, the importance of family and staying true to yourself to a whole new audience. 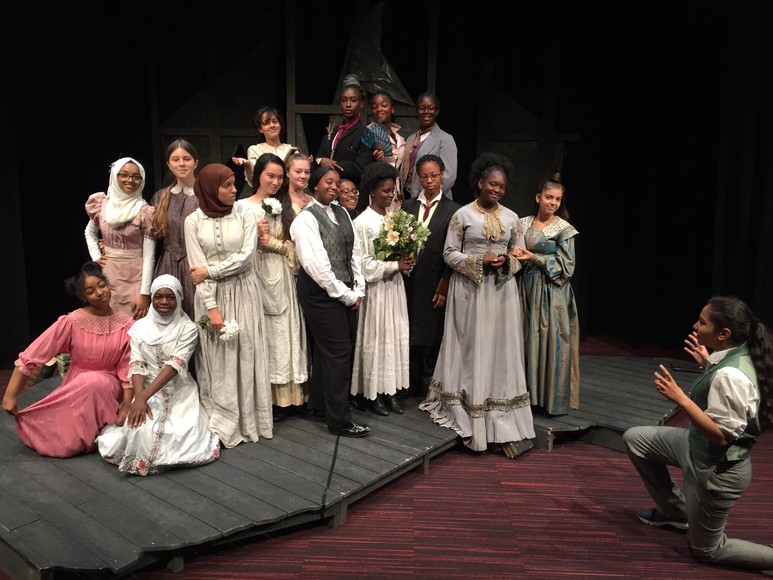 Every element of the show, from the set to the costumes to the music and the technical work are all so polished and professional that the audience cannot help but be transported to Civil War-era America where the play is set.

From the opening scene, to the emotional core and right through to the end, the production is a joy to watch and it is astonishing to consider that, for some of these actors, it is their debut performance.

Though this production packs an emotional punch, it also creates laughs in equal measure. This is due, in large part, to the way these young performers draw the audience into the world of the strong, independent-minded March sisters and their journey through adolescence and into adulthood.

The progression of these characters through the years is reflected in a seamless change of cast as the show develops. The Year 7 and 8 performers wonderfully portray the excitement and innocence of the younger March sisters while the Year 9 and 10 actors capture their first, tentative steps into an adult world perfectly.

With excellent direction from Ms Harvey, this young cast delivers a performance far beyond their years and it is fitting that a story that explores the lives of young women on the cusp of moving into new and challenging situations should be told by such an accomplished cast of female performers.

With the weeks and months of dedication, commitment and practice evident in this production, we can only wait and see what is next in store for these bright young stars of the stage.