Sixty students from years 7 and 8 competed to translate and spell words in French and Spanish, based on words learnt by students during the year. 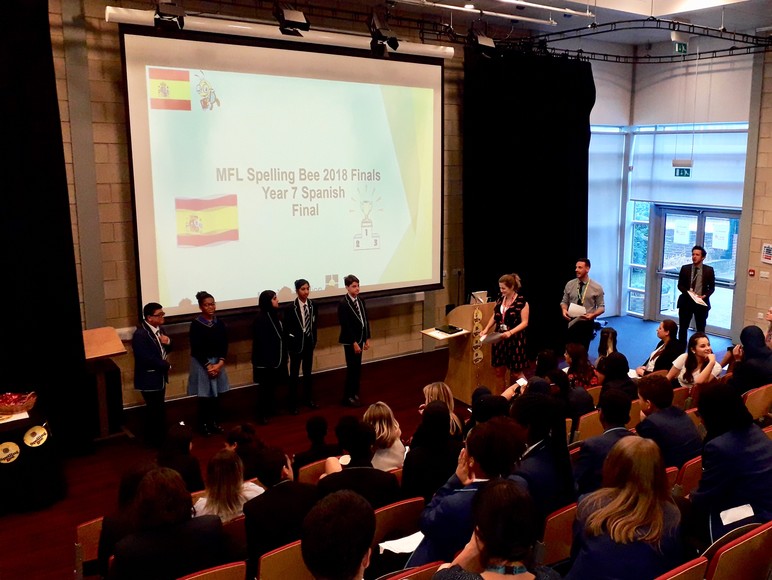 In Year 7 and Year 8 students had to spell French words about activities (e.g. horseriding and swimming), time phrases (e.g. all the time, everyday), clothes (e.g. coat, tights), food (e.g vegetables, meat), places in town (e.g. restaurant, church) and more. They also had to give accents in the new language and use vocabulary such as “je passe” (pass), “trait d’union” (hyphen), “acento” (accent) or “espacio” (space) when they were spelling.

In Year 7 and Year 8 Spanish students had to spell words about opinion (e.g. great, rubbish), colours, countries, places at home (e.g. kitchen, living room) and others.

Teachers planned special activities to help students hone their skills, including spelling bee clubs with intense practise in the weeks running up to the competition. “It was our biggest and best quality event to date,” said David Shanks, Senior Consultant to the Harris Federation.

Maud Risacher, Head of Modern Foreign Languages at HAB said: “Every single student left with a big smile on their face and teachers did too. It was a brilliant and very well attended event. We are looking forward to next year Grand Final, we already have a date in our calendar!”

Well done to all the girls on the HAB team, we're #ProudToBeHAB of you: 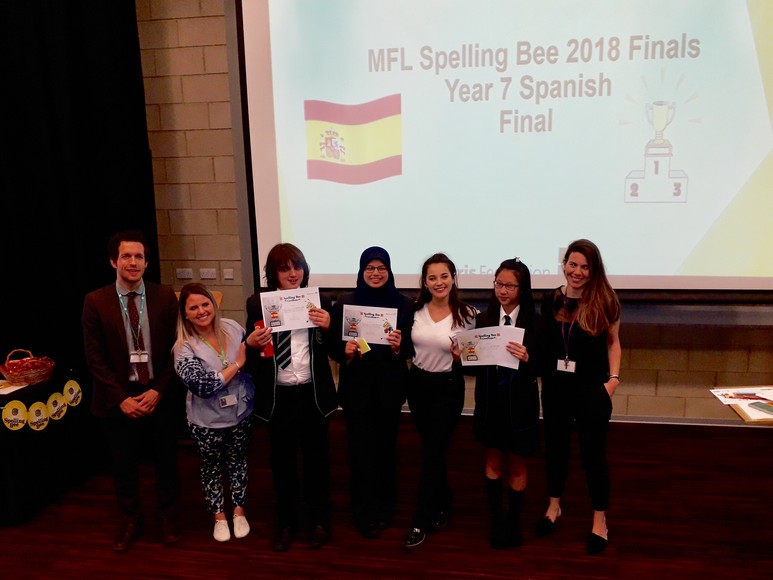 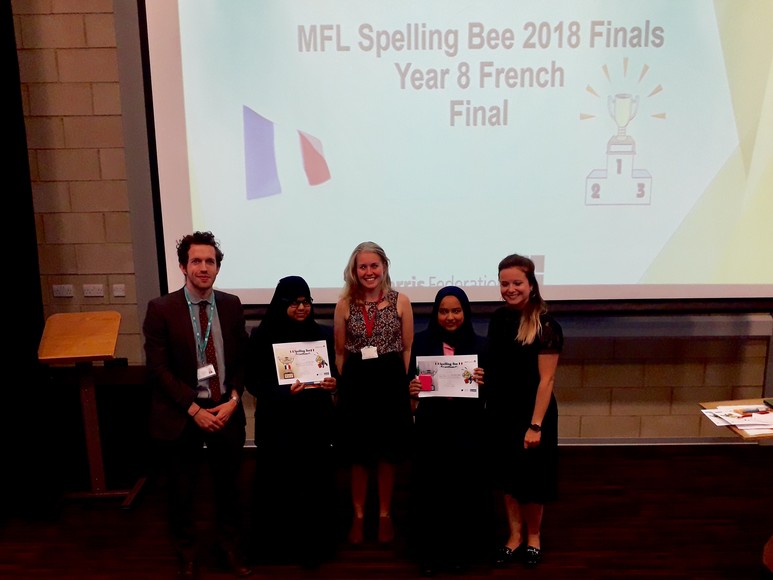 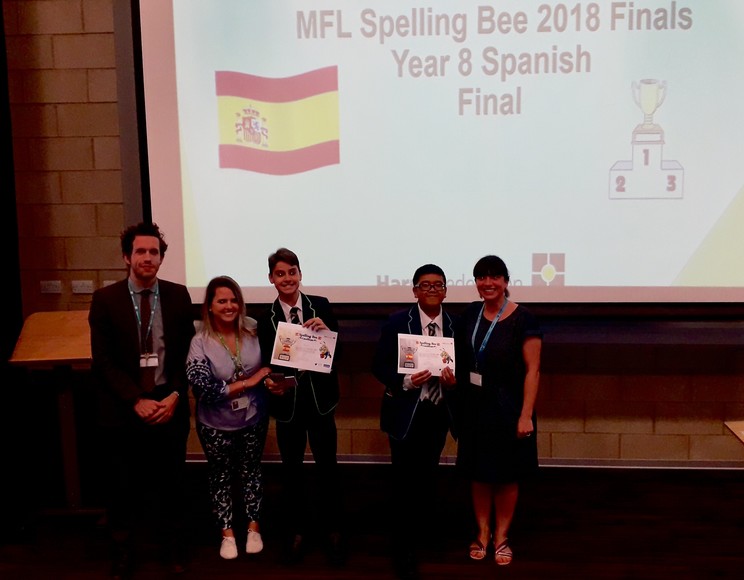