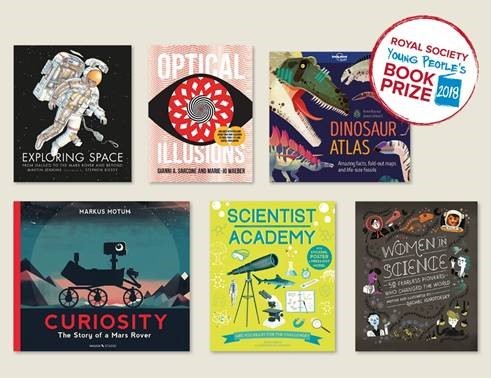 HAB has been selected to take part in the prestigious Royal Society Young People’s Book Prize 2018, which celebrates books that communicate scientific topics in an engaging and accessible way to children aged 14 years and under.

The shortlist of six books is picked by a panel of adult judges but its children across the UK, including HAB students, who will decide who wins the £10,000 prize.

HAB girls from Year 9 will review the books themselves and also lead groups of reviewers from years 7 and 8 too. They will also create a video blog about which book HAB students think should win the award. The group will be led by Temitope in Year 9.

The shortlisted books this year are:

The winner will be announced in November. All of the books are currently in the library so please feel free to take a look. We look forward to hearing what all our reviewers think!