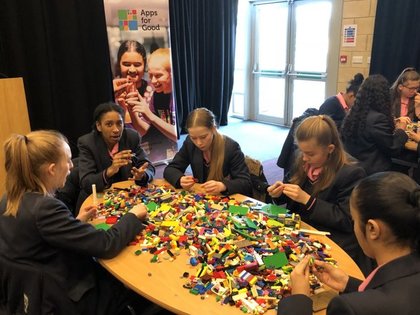 LEGO Education UK and Apps for Good visited us last week for an inspiring workshop for years 8 and 9 - all about the importance of learning through play and problem-solving through technology.

During the sessions girls tested their memories in a building game and had to try and make the tallest Lego tower too. The games were all about problem-solving and talking through ideas.

"The session started with a quick introduction, followed by an informative quiz which tested our Lego knowledge," said Zahra, Year 8. "We then tested our memory with a building game, in which we had to memorise and replicate a series of blocks." The girls were then asked to expand their imaginations and build a ‘sea creature’ out of random Lego bricks.

The final activity was to identify a problem within society today, and build a literal or interpretive representation of it, and then build a solution to that problem. Girls looked at ways to solve challenges such as declining bee populations, armed conflict, government corruption and the lack of acceptance of people from the LGBTQ+ communities.

"My team’s problems were global warming and the melting of polar ice caps," said Matilda, Year 8. "We chose as our solution wind powered energy so we designed a windmill. We really enjoyed ourselves because we got to be creative.” 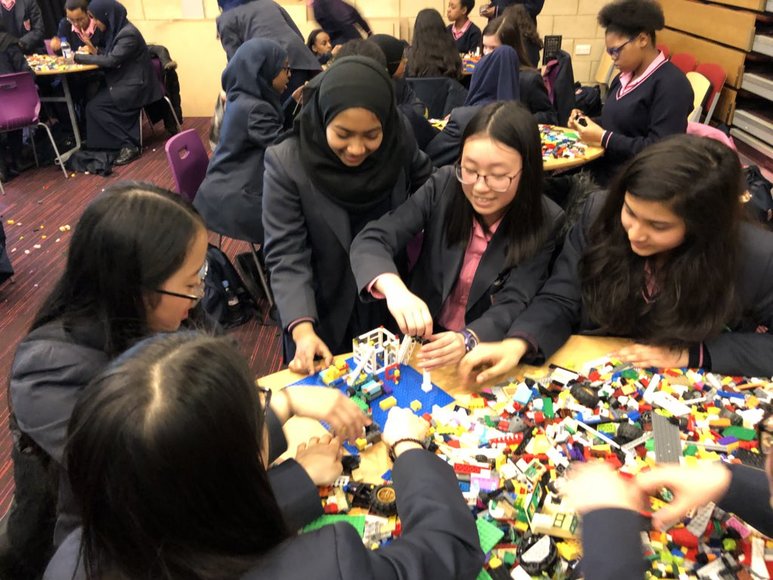 Jo Newell, computer science teacher, said: "We've been working with Apps for Good for 2-3 years now. They run a competition that invites students to come up with an app idea that has a positive impact on society. They then arrange for volunteers from companies such as Lego and Spotify to visit schools and support students who are entering the competition. Our girls really enjoyed themselves and it was great seeing them problem-solve. One of the Lego volunteers said he was blown away by what the students created."