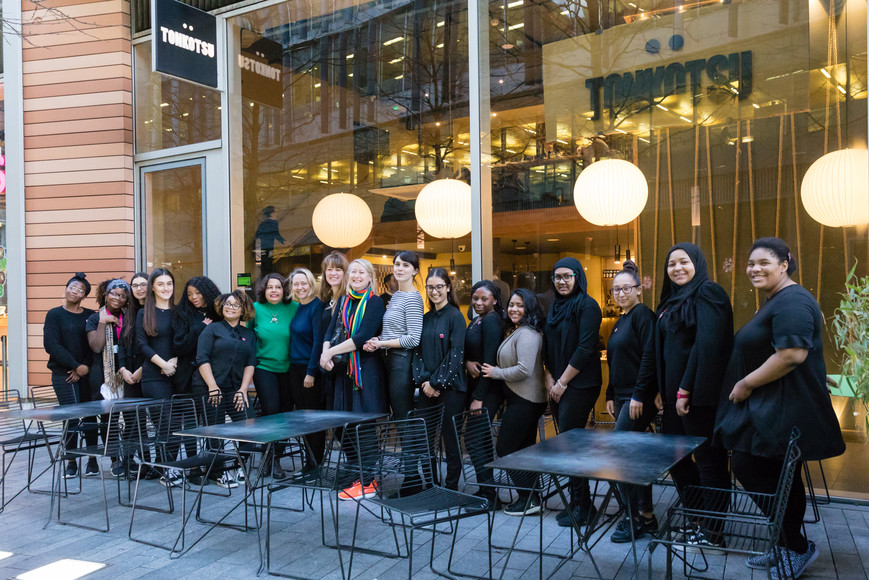 Organised by our girls working with teacher Lyndsay Harris and photographer Leonora Saunders, the supper club gave students the chance to network with influential women who have developed successful careers in the food industry. Guests included:

The event also raised money for the charity SafeLives, which is dedicated to ending domestic violence. 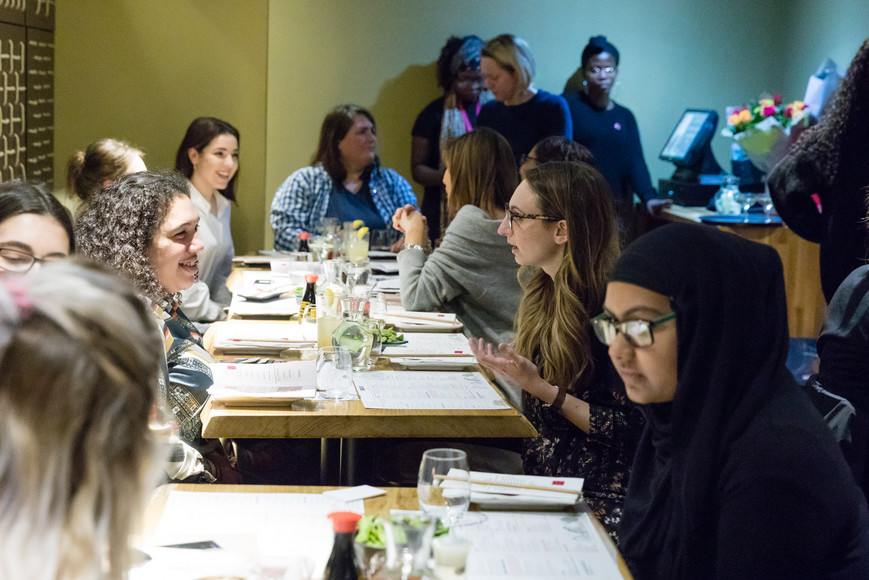 “We want people to know about feminism and what’s happening in today’s world,” says Botaina, one of the sixth form organisers of HABFemSoc. “Many people don’t know the meaning of feminism, they think it’s just for women, but it’s for men and women. We just want to let people know what feminism is and what we stand for.”

Restaurant owner Emma Reynolds (below, standing), who hosted the event, feels it’s important for girls to network with successful women in a wide range of industries. “All industries tend to be male dominated and that is changing but role models are really key in inspiring girls. They give young people the confidence to look up the chain and think ‘that could be me, I could imagine myself there’.” 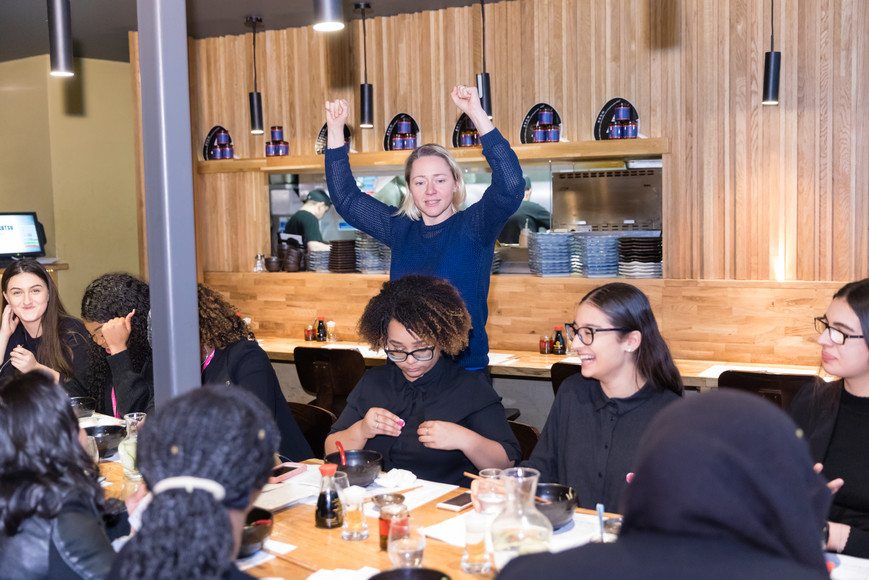 Ayse, Year 12, agrees: “When someone has a role model to look up to it can be the greatest motivation ever,” she said.

This year HABFemSoc has chosen to raise money for the national charity SafeLives, which is dedicated to ending domestic violence. “It was absolutely brilliant when we heard the girls wanted to support our work,” said Penny East (below), Communications and Marketing Director. “We think it’s amazing that young people are so passionate about this issue and it really matters that we talk to this age group about healthy relationships and domestic abuse.” 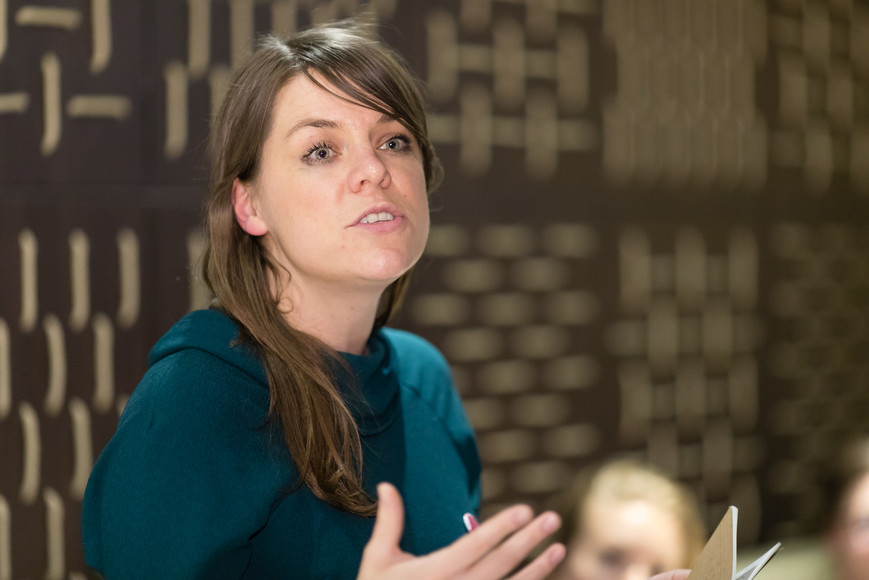 Over £600 was raised at the Supper Club, bringing the total raised for the charity by HABFemSoc to over £1,000.”

HABFemSoc meets weekly on Thursdays and also takes part in events outside school, including an event at City Hall last year where they met mayor Sadiq Khan. The club is a platform for the girls to explore feminism and what it means for them, and also gives them a chance to meet women from different professions. 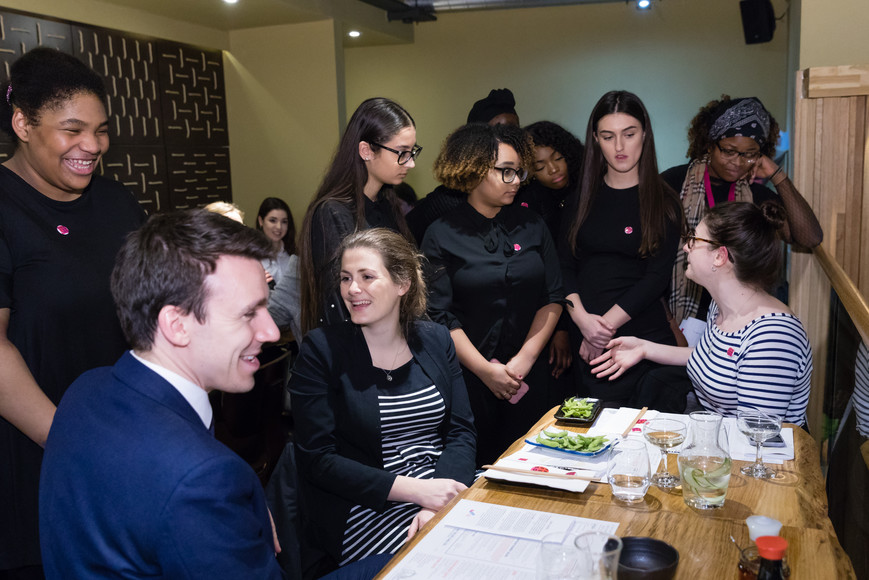 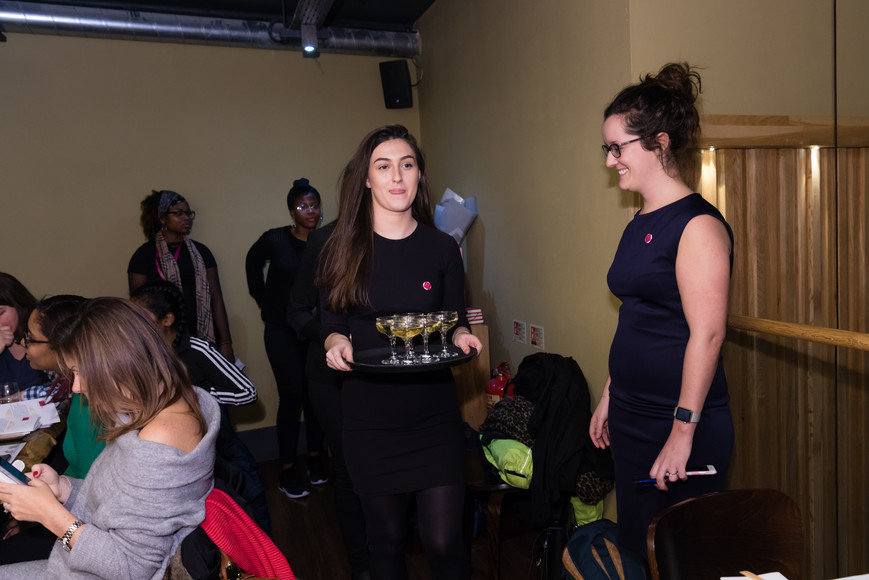 What our guests said…

Romy Gill MBE (below right), the first female Indian chef-restauranteur in the UK: “I think it’s really important these kind of events are happening. Having a good career isn’t just about being a doctor or engineer, you can be anything. Don’t give up. People will tell you there are many obstacles but never give up.” 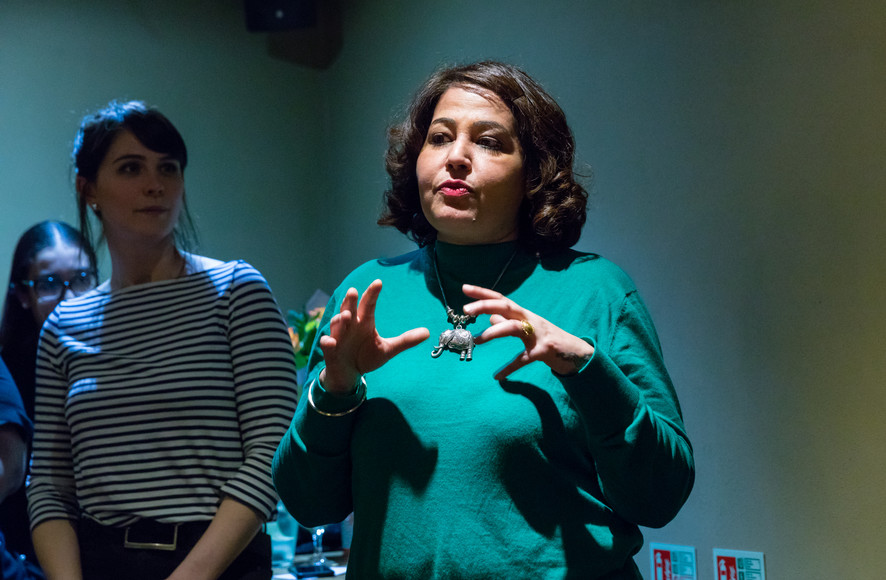 Lisa Markwell (below centre), Food Editor, Sunday Times, and former editor of the Independent on Sunday: “It’s brilliant to be in this environment with young women. Food is an exciting sector where women already lead. If you’re interested in this world you can have a lot of power.” 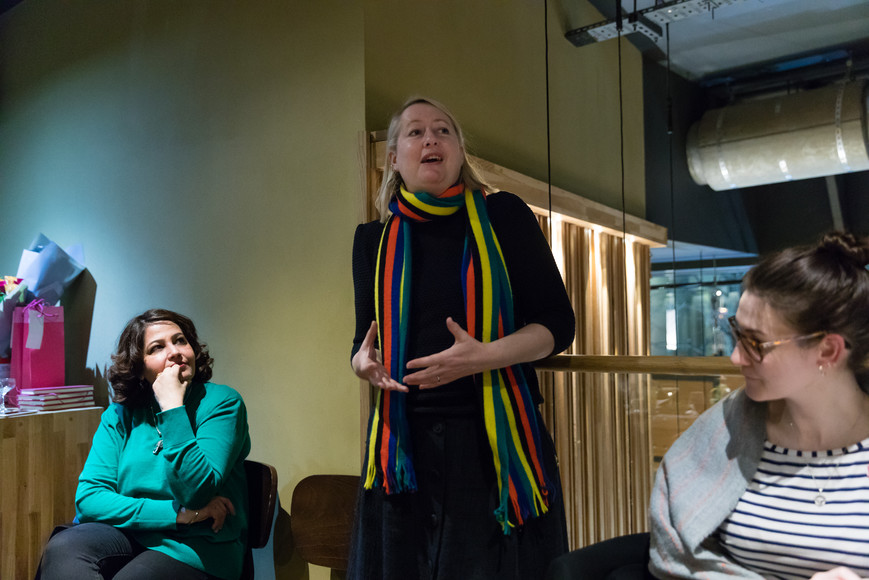 Kathryn Nawrockyi (below right), gender equality campaigner: “This is a great opportunity to meet fantastic, inspirational women and find out more about their experiences. How often do you get a chance to see exactly how a restaurant works and talk to the inspirational women behind the business?” 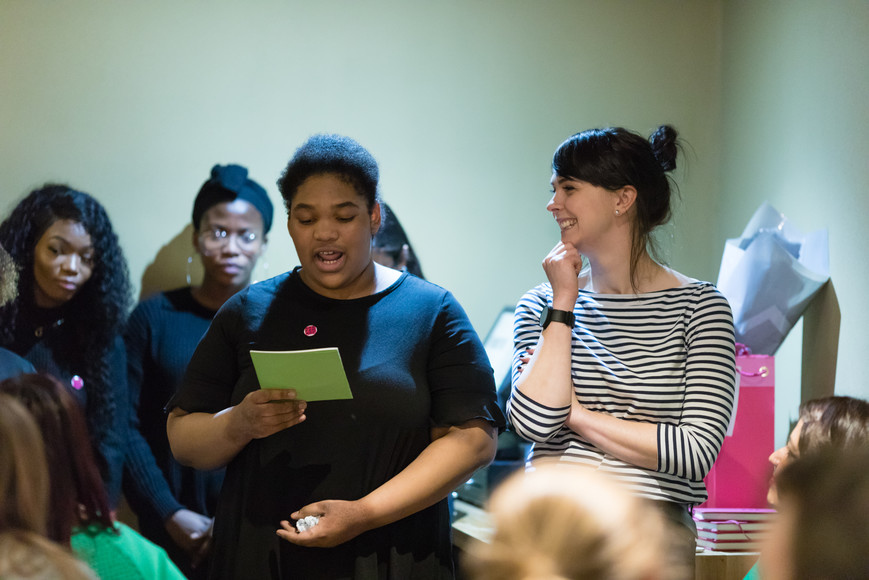 During the event HABFemSoc performed spoken word pieces and songs to guests, including this piece written and performed by Ayse and Botaina.

We will spread our message

We will continue to empower

Our voices will be heard, not ignored

Our efforts will be seen, not turned away from.

Women will not be dismissed nor disregarded

We will not be submissive nor passive, our voice and strength will path the way to achievement.

We should not be judged based on our gender,

We shouldn’t have to conform to patriarchal values because we are perceived to be compassionate and caring.

Our gender shouldn’t determine our future nor our work ethic, appearance, and function in society.

We will educate the women of tomorrow

Of their real worth

We will educate the women of tomorrow

To go for those high positions

We will educate the women of tomorrow, to be successful no matter their gender

We will take action

We will stand together

We will achieve equality

We will unite as one

Men and women will be equal

We will achieve equality

All women of different colours and pigments

We will be equal

All women around the world

We will be heard.

To this generation to the next

And we will be equal